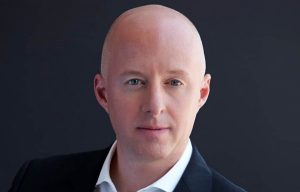 US-based Blumhouse Television has struck a multi-year, exclusive overall deal with ITV America for unscripted TV, with a first project already in the works.

The partnership will see Blumhouse create a new slate of paranormal reality and suspense-driven unscripted projects for ITVA, with a dedicated team working in collaboration with the UK-based organisation’s US arm.

The first project will be Escape The Maze (working title, which will “combine Blumhouse’s prowess in horror with the self-shot, isolating and emotionally-charged competition aesthetic perfected by Leftfield Pictures”, which was behind Alone.

The show will follow individual competitors who have been locked inside a dark labyrinth as they encounter a range of physical and psychological challenges devised to make the experience both frightening and frustratingly difficult.

Blumhouse and Leftfield are currently taking the project out to prospective buyers, with other series from Blumhouse and ITV America in development.

Chris McCumber, Blumhouse Television president, said projects so far are “fun, bold and certain to be an enhancement to our existing unscripted portfolio.”

The series, from Switzerland’s Mediafisch and Elysian Fields, is being produced in association with exclusive club The Supercar Owners Circle.

It features access to some of the most expensive cars ever built, with the travelogue taking viewers across Europe, India, the Middle East, the US and Japan.

Kanal D has sold its medical drama Hekimoglu to broadcasters across the world.

The Turkish operator’s sales arm has struck deals in Afghanistan, India and Uzbekistan in Asia, as well as Kosovo and Romania in CEE, and Israel. A sale has also been struck with an operator in Uruguay, with details not yet revealed.