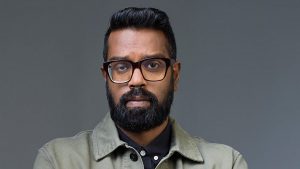 BBC Studios Entertainment is producing, with the 12 x 45-minute series executive produced by Pete Ogden. It was commissioned by director of entertainment Kate Phillips.

This return for Weakest Link will see celebrity contestants battling it out by answering a series of general knowledge questions through a series of elimination rounds until only two remain for a final head-to-head.

Comedian Romesh Ranganathan will host, taking over from Anne Robinson, who presented the original run from 2000 to 2017.

Suzy Lamb, MD of entertainment and music at BBC Studios Productions, commented: “It’s hugely exciting to be bringing back one of the world’s most successful quiz shows to BBC1.” 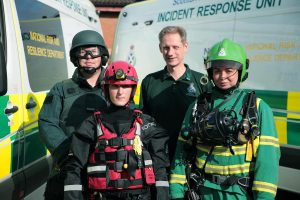 Paramedics On Scene, which has just been commissioned for a third 10 x 60-minute series, is an obs-doc series following the Scottish Ambulance Service as it serves a population of over five million from remote islands to busy cities. Rocket has taken rights to all three seasons.

It has also picked up two seasons of Fish Town, in which cameras track life in the UK’s biggest fishing port, Peterhead, and the people working on land and at sea to bring fish to customers, often in life-threatening conditions.

Matthew Frank on behalf of Rocket Rights commented: “We are really chuffed to be working with Firecrest Films on two great new series. We’ve already received several offers, and hope to announce a raft of sales soon”

The documentary uses exclusive footage and archive images to explores how the media staging of the sporting event was turned into propaganda by Nazi mastermind Joseph Goebbels.

Globosat has taken the doc for its sports channel Spor TV, with RTVE also picking up the production.

“Globosat and RTVE have been great partners and we are glad to reinforce our ties with them with these new deals. Adding strong historical documentaries to our catalog has been part of our strategy these last years as much as developing our original entertainment series,” commented Alexandra Marguerite, Prime’s head of sales.