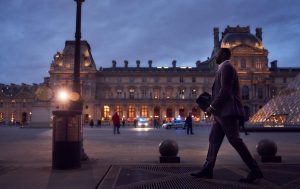 Streamers such as Netflix, Amazon and Disney+ will be forced to allocate between 20-25% of their revenues to support European and French content creation under plans being drawn up by French legislators.

According to the decree published in the Journal Officiel of the French government yesterday, on-demand service providers must devote 25% of their annual revenue if they air at least one long-form cinematic work a year within 12 months of its theatrical release in France.

Services that do not show movies under 12 months after their theatrical release will be obliged to allocate 20% of their revenue to European works.

The requirement pre-supposes a change in France’s movie windowing regime that is currently subject to a renegotiation and is seen as a proposed concession by the government to balance the obligation to invest in local production that will be imposed on the streaming platforms as part of the implementation of the European audiovisual media directive.

The planned reform of the theatrical window – currently set at 36 months – as it stands would allow streamers to show movies 12 months after their release.

A specific proportion – 40% – of the amount allocated for European creation would have to be for original French production. Streamers would be obliged to sign up to an agreement with media regulator the CSA as part of the reforms, which were first mooted more than a year ago.