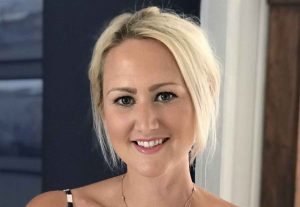 Yellowstone Supervolcano producer Wildflame Productions has promoted Llinos Griffin-Williams to become its creative director as part of plans to expand its international footprint.

Griffin-Williams will lead the Welsh company’s push to expand engagement with SVODs and broadcasters worldwide as well as building upon links with UK broadcasters.

She also developed Yellowstone Supervolcano: American Doomsday, the company’s first commission for Discovery+, and has also been behind Secrets Of The Celtic Grave for Smithsonian Channel, which broadcast 13 June.

Paul Islwyn Thomas, CEO at Wildflame, said: “In a relatively short space of time, Llinos has helped us transform our relationships with SVODs and global platforms. Her work has already resulted in high-profile projects for Discovery+, Smithsonian Channel/ViacomCBS and Science Channel. She has not only forged new relationships with global broadcasters, but also expertly navigated the editorial and technical challenges which high-profile productions and co-productions inevitably bring.”

Griffin-Williams added: “Stand-out factual programming is in huge demand on both sides of the Atlantic. Wildflame’s outstanding factual expertise, coupled with its position as one of the UK’s leading Nations’ indies, means it’s perfectly placed to make the most of all the global market offers.”

Griffin-Williams previously worked for the BBC and more recently Green Bay Media, where she became head of content before moving to Wildflame. The prodco was set up by Australian producer and distributor Flame in 2016, exiting the company four years later to become wholly independent.