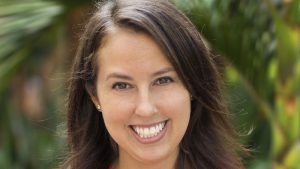 BBC Studios has rejigged its senior sales team in the Americas with the appointment of a former Endeavor Content exec to work across scripted and a new role for Chris Cole.

Kelly Miller becomes SVP of scripted strategy with responsibility for managing co-production activity in the US across drama, comedy, and children’s with television and digital clients.

She was most recently SVP of international strategy at Endeavor Content and worked on non English-language productions, establishing JV partnerships in Latin America, India and South Korea.

Prior to Endeavor, Miller lead international co-productions and originals for Vimeo and was part of the content acquisitions team at Hulu that acquired This Is Us, Empire, Power, Homeland and Deutschland ’83.

Cole, meanwhile, was most recently SVP for content distribution, responsible for US unscripted co-productions and sales, and for all content sales in the Canadian market.

He becomes EVP of strategic partnerships as par5 of the rejig and will oversee partnerships with AMC Networks/BBC America, Discovery, PBS, BritBox and Blue Ant Media. He too reports into Vangelisti.

Vangelisti said: “This is well-deserved recognition for Chris, who has been an important leader of the Americas sales team for the last nine years.

“Kelly, with her diverse media background and significant network, will offer a fresh view and enable us to offer our clients – and thus audiences – the valuable British content they love.”

She is working with global platforms and US networks, and reports into Rebecca Glashow, the former co-head of ViacomCBS-owned Awesomeness who was appointed president of BBCS Americas in April 2020.