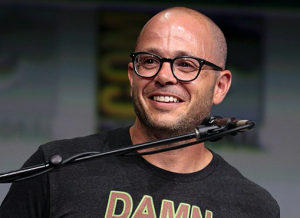 Warner Bros. Television is producing the show, with the only information being revealed is that the series will explore faith versus technology and is described as “an epic battle of biblical and binary proportions.”

“I am so excited to be working with Damon and Tara on what I believe will be the next must binge series for Peacock,” said Susan Rovner, chairman of entertainment content for NBCUniversal television and streaming. “From Lost, to The Leftovers, to Watchmen, Damon’s work is synonymous with content and storytelling that doesn’t just break through the clutter, but also storms onto the scene and demands that you watch or risk being left out.

“Tara’s experience on The Big Bang Theory and Young Sheldon brings Mrs Davis a sense of humour and unexpected storytelling I feel confident will engage viewers and fans for seasons to come.”

This latest commission comes during a busy week for Peacock, following announcements that it is developing an adaptation of Victoria Aveyard’s young adult fantasy novel Red Queen, has ordered a documentary about notorious British socialite Ghislaine Maxwell and will launch blockbuster feature feature The Boss Baby: Family Business day-and-date on VOD and in cinemas.