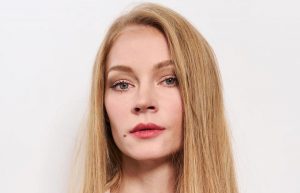 Netflix is making a move in Russia by ordering an adaptation of Leo Tolstoy’s novel Anna Karenina, marking the streamer’s first original drama commission for the country.

Anna K (working title) is from Russia’s 1-2-3 Productions and is being written by Roman Kantor, with Svetlana Khodchenkova (Tinker Tailor Soldier Spy) set to star as Karenina.

Netflix has previously branded shows from Russia as originals, including sci-fi series Luchshe, Chem Lyudi (Better Than Us), which was available outside of the country via the streamer. Anna K, however, marks the first local commission from the SVOD.

The series is set in modern day Russia, where socialite Anna Karenina, the wife of the soon-to-become governor of St. Petersburg, enters a life-changing love affair with the dashing heir of an aluminium empire.

Their affair quickly careens out of control, threatening the delicate balance of their familial bonds and social relationships.

The show will be filmed in Moscow and St. Petersburg and has 1-2-3’s Valeriy Fedorovich, Evgeniy Nikishov, Natasha Merkulova and Aleksey Chupov attached to direct, alongside Kantor.

Producers are Fedorovich, Nikishov, Sergey Kornikhin and Roman Kantor, with the series set to debut on Netflix worldwide. A launch date has not been confirmed.

Michael Azzolino, Netflix’s director of original series, said: “The talented team of writers, directors and producers have crafted an imaginative and immersive series. We are excited to help bring their vision for this much admired story to our members in Russia and the world.”

1-2-34 duo Fedorovich and Nikishov added that the show “is beyond exciting and challenging, but since the backbone of the future series is based on one of the world’s fundamental pieces of literature dedicated to love, we are hopeful that we will be able to touch the hearts of viewers from Australia to Brazil.”