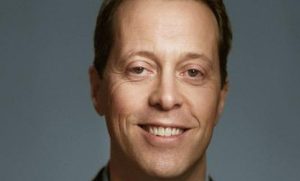 BritBox, the BBC and ITV joint-venture streaming service, has announced Murder In Provence, an adaptation of ML Longworth’s Verlaque & Bonnet novels, as its first UK and US pan-territory original commission.

Set to debut on the streamer next year, the 3 x 90-minute series is being produced by ITV Studios’ Monumental Television and adapted for the screen by playwright Shelagh Stephenson.

Chloe Thomas will direct, while Grainne Marmion will produce. Monumental founders Debra Hayward and Alison Owen will exec produce, alongside Alison Carpenter, Stephenson and Roger Allam, who will take the lead role.

The series, which is due to go into production in the UK and France in July, marks the first global collaboration between BritBox UK and BritBox North America. ITV Studios will be responsible for international distribution.

“We hope that Murder In Provence will be the first of many global originals made exclusively for BritBox subscribers. The books by ML Longworth seem to be tailor-made for television and we can’t wait to launch the series next year,” commented Will Harrison, MD of BritBox UK.