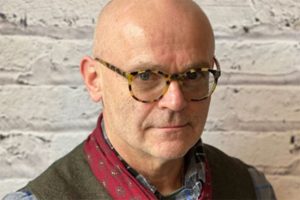 The 2000 novel will be adapted as a limited series, with Canadian director and screenwriter Brandon Cronenberg attached.

Super-Cannes is set in an ultra-modern business park in the hills above Cannes in France, where a global elite has gathered to form a closed, uber-capitalist, and high-tech community. A place of luxury homes, private doctors, and private security, this enclave hides an underworld of crime, sexual perversion, madness and manipulation that is rapidly spiralling out of control.

Ringside Studios was founded last year as a joint venture between The Fall and Prime Suspect producer and former Channel 4 head of drama Gub Neal and TF1-owned French production and distribution group Newen, with a focus on creating content for the UK and international market. Earlier this year, the company hired Patrick Irwin as an executive producer.

Anti-Worlds Film & Television was launched by Andy Starke in 2019, with Starke and Cronenberg previously worked together on the 2020 feature Possessor, written and directed by Cronenberg and co-produced by Starke with Niv Fichman of Canada’s Rhombus Media.

“We’re delighted to be involved with Brandon and Andy in adapting such an iconic piece of work. The source material is so rich and the characters so vivid that we are confident it will be an appealing project for both talent and buyers,” commented Neal.

“Super-Cannes is one of my favourite novels – a thrilling story that holds a dark mirror to contemporary society and morality  – in the hands of Brandon Cronenberg it will be an incredible piece of television,” added Starke.