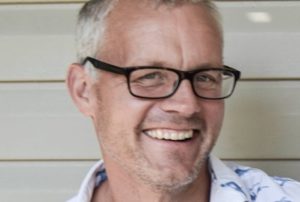 Irwin served as EP on BBC dramas The Fall and Jonathan Strange & Mr Norrell and more recently on Alibi’s Miss Scarlet And The Duke, and in his new role he will also play a “key role” in investment arm, Ringside Media, as well as the day-to-day running of the company.

His arrival comes as Ringside prepares to enter production following an initial 12 months of development. The first title on its slate is a one-off drama for the BBC, which is due to begin filming next month

Irwin previously worked with Neal at indie Box TV, working on shows including The Wind In The Willows and Reversals and the two later went on to found Artists Studio with Justin Thomson and then Far Moor Media, where Irwin’s credits included Thorne: Sleepyhead and the aforementioned The Fall and Jonathan Strange & Mr Norrell.

Irwin joined 87 Films in 2017, where he has worked on two seasons of bilingual Welsh/English drama Bang and Miss Scarlet And The Duke with Element 8 productions.

“Ringside Studios is one of the most original and interesting new production houses to emerge in the past few years, and their model of creating a global platform for British talent and international IP has almost unlimited potential,” said Irwin, who added that it is “a pleasure to be reuniting with Gub and the team.”