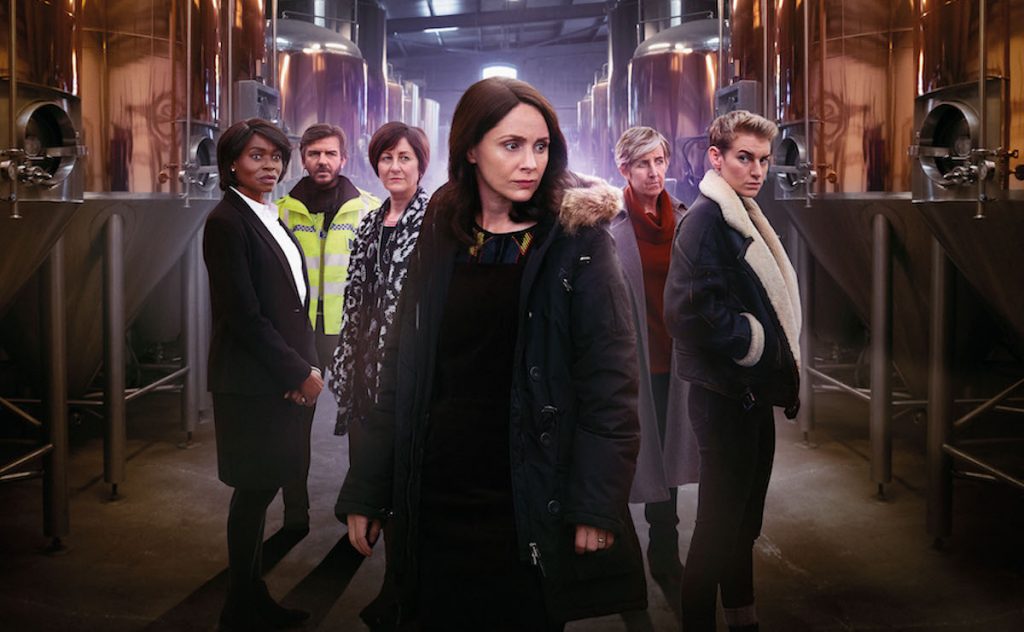 TBI deputy editor Mark Layton talks to Pete McTighe, creator of new BBC thriller The Pact, about weaving Covid into the narrative and why emotion trumps procedure when it comes to crime drama.

British screenwriter and producer Pete McTighe has worked on a range of high-profile dramas, from UK sci-fi Doctor Who to Australian prison series Wentworth, but his new thriller The Pact, which debuts tonight on BBC One, BBC Wales and VOD service BBC iPlayer, marks the first time he has sat down in the series creator chair.

When TBI caught up with him, McTighe was just about to start shooting supernatural thriller The Rising for Sky. He previously served as showrunner on the pay operator’s second season of A Discovery Of Witches, before stepping away to bring his original Welsh crime drama to the BBC.

“It was extremely rewarding, more than anything I’ve ever done,” says McTighe of bringing The Pact (6 x 60-minutes) to screen. “I’ve exec produced and showrun plenty of television before, but to be doing that on something I’ve created from scratch was really exciting.

“I’ve lived with these characters longer than anyone, so instinctively I have really strong opinions on all aspects of the production. I think that overview really helps the show feel cohesive with a singular vision to it,” adds McTighe, who points out that, due to the nature of television, some shows can often be “murdered by committee.” 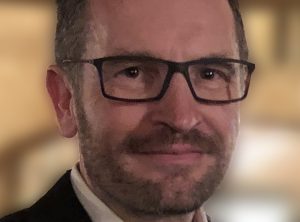 Putting procedure in the backseat

The Pact, which is distributed by Lionsgate, follows the aftermath of a terrible mistake that results in the death of a young brewery owner and pushes four of his employees – Anna (Laura Fraser), Nancy (Julie Hesmondhalgh), Louie (Eiry Thomas) and Cat (Heledd Gwynn) – into a fragile pact of silence, bound by a secret that will change their lives forever.

Complicating matters, Anna’s police officer husband Max (Jason Hughes) has been assigned to investigate the death alongside his superior DS Holland (Rakie Ayola), unaware that his own wife and her best friends are at the heart of a conspiracy.

“What was interesting to me was if you did this stupid reckless thing one day and it completely backfired, what would you do?” says McTighe. “I think it’s important that we are on-side with those women and we can relate to this awful predicament that they find themselves in.”

McTighe says it was important that his show brought an element of warmth “that isn’t always there in crime dramas that traditionally can be quite cold and procedural,” adding that “procedure isn’t something I’m really very interested in. It has to take a backseat to character for me and you’ll find that any scenes of police procedure in The Pact will have something emotional sitting under it.”

Produced and set in Wales, McTighe adds that the show took advantage of “the scale of the Welsh countryside” as well as “those amazing Welsh actors, many of whom haven’t been exposed to big BBC One audiences before.” 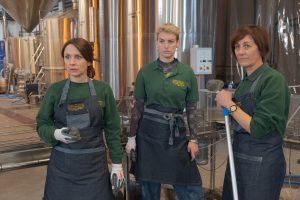 Finding the upside of Covid

The Pact is the first series commission for Elwen Rowlands and Hayley Manning’s Cardiff-based production company Little Door Productions, which was founded in 2019.

McTighe, who has known Rowlands for many years, brought The Pact to Little Door, who he reveals quickly optioned the story, with BBC Wales funding scripts for the first two episodes and commissioning the series soon after.

However, as is now a familiar story, forward momentum ground to a sudden halt when the pandemic hit.

“We were set to shoot in March 2020 and we were just a couple of days away from filming when we had to shut down, which was heart-breaking for everyone,” reveals McTighe. “We’d cast everything, we had all our locations, costume fittings were happening, it was a day before the readthrough and we had to shut down.”

McTighe says that it was particularly tough on Little Door, which now faced a baptism of fire: “Restarting in any capacity, we knew would bring huge additional costs: Covid-testing, money for new protocols to keep everyone safe, an extended shoot due to the inevitable slower days. 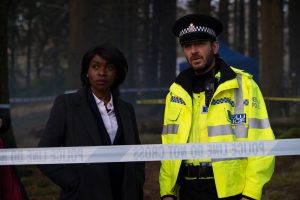 “Basically, they had to kind of refinance the entire show and there were sleepless nights there for a long time. Elwen and Hayley did an absolutely incredible job salvaging a show that could very easily have fallen over.”

There was, however, an unexpected silver lining of sorts to the delayed shoot, says McTighe, who dropped the show’s original Christmas setting and incorporated the pandemic into the narrative, once filming was able to resume in the summer.

“I think if you didn’t include it, a show could look dated. How can we live though this pandemic and have a drama coming out the other side that just doesn’t reference it at all?” says McTighe, explaining that the series is “notionally set toward the end of this year” at a time when everyone has been vaccinated and people are beginning to move past the pandemic.

“In no way did I want to make a drama about Covid, because who the hell wants to watch that right now? But I did feel it was important that the characters had the shared experience of what we’re all going through and that anxiety and time in lockdown had repercussions for those characters and propelled them forward in the story.

“Covid was actually very useful as a backstory device to kind of understand how some of the families had been trapped in pressure cooker environments and questioned their long-term relationships because of this forced proximity,” reveals McTighe.

“Behind the scenes it was a nightmare, but from a narrative point of view I think it helped to slightly improve the story to be honest.”