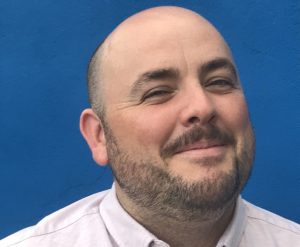 Lamb previously worked with Treadwell-Collins during two stints on BBC drama EastEnders and also has credits on We Hunt Together for UKYTV’s Alibi.

Prior to that, he produced the second season of The Bay for ITV, which is from ITV-owned prodco Tall Story Pictures.

Lamb joins development producer Pia Masters (The Crown, Us) at Happy Prince, who has been developing with Treadwell-Collins over the first year of the label’s business. In March, the company unveiled its first commission, You & Me, for ITV.

Treadwell-Collins said: “Alex has the best story head in the business and is a brilliant creative who empowers and inspires everyone he works with. We’ve always said we would work together again one day and I’m so happy that Alex has joined me and Pia at Happy Prince and we’ll be storytelling together once more.”

Happy Prince was set up by Treadwell-Collins in 2019 and is wholly backed by ITVS. Its slate also includes a series adaptation of Jim Cartwrights’s play The Rise And Fall Of Little Voice, the inspiration behind the 1998 Miramax film, Little Voice.