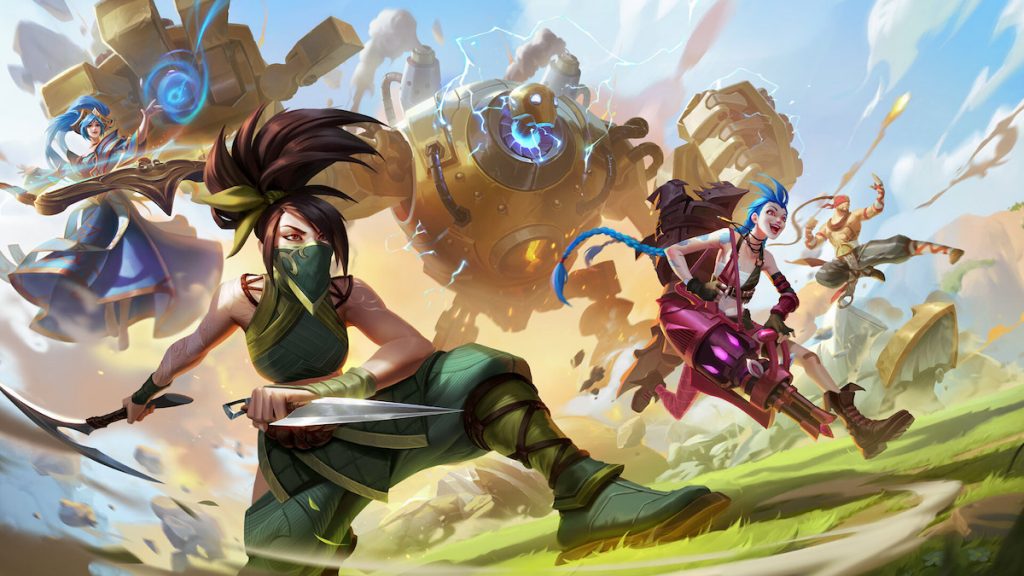 Netflix has commissioned a new animated series based upon the League Of Legends video game franchise, as well as a live action German mystery drama from the creators of Dark.

The streamer has partnered with video game developer and publisher Riot Games to produce Arcane, in partnership with Fortiche Productions. The animated series is set in the League Of Legends world, in the utopian region of Piltover and the oppressed underground of Zaun. The story follows the origins of two iconic League champions-and the power that will tear them apart.

“League of Legends has inspired global fervor and fandom and we’re thrilled to be the home of the first television series set in this universe, Arcane. The series promises to be a visually spectacular thrill ride that will have viewers on the edge of their seats,” said Dominique Bazay, director of original Animation for Netflix.

An international cast, including Emily Beecham, Aneurin Barnard, Andreas Pietschmann and Miguel Bernardeau, star in the eight-part series following the mysterious circumstances around the voyage of an immigrant ship from Europe to New York.

The passengers, all of different backgrounds and nationalities, are united by their hopes and dreams for a new century and their future abroad. When they discover a second ship adrift on the open sea that had gone missing for months, their journey takes an unexpected turn.

“1899 is a truly European series with characters from various countries speaking in the language of their origin. We feel very fortunate to have found amazing talent from all over the world to venture into this exciting journey with us,” said writer, producer and showrunner Jantje Friese.

In related news, Netflix comedy hit Emily In Paris has begun production on its second season.

Produced by MTV Studios, Darren Star Productions, and Jax Media, the series stars Lily Collins as an ambitious twenty-something marketing executive from Chicago, who unexpectedly lands her dream job in Paris and learns a few things about work, friendship and love along the way.

“I couldn’t be happier to be back in Paris for Season 2 to expand upon those lessons, to continue to grow, and learn even more about this beautiful city and all of its character with Emily,” said Collins.