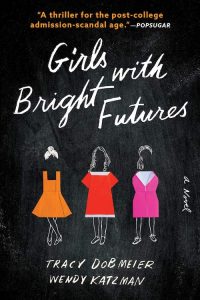 Discovery+ could be about to expand into drama after it emerged the unscripted streamer is developing an adaptation of recently released novel, Girls With Bright Futures.

The book, which was released in February and is written by Tracy Dobmeier and Wendy Katzman, explores a college admissions scandal in Seattle.

There is no writer on the project yet, according to Variety which broke the news, but John Goldwyn (Manhunt: Unabomber) and Karen Rosenfelt (Twilight) are attached as producers.

A shift into scripted would come as something of a surprise for Discovery+, given its staunchly unscripted offering to date.

Discovery CEO David Zaslav has also repeatedly spoken of the high cost and intense competition around drama, instead looking to focus squarely on factual entertainment as a way to differentiate his SVOD from rivals such as Netflix.

The factual giant has dabbled in drama previously of course, with shows such as gold rush drama Klondike and 2017 series Manhunt: Unabomber, but the scripted strategy had been all-but abandoned over recent years in favour of factual and fact ent.

The company has, however, made other scripted moves of late, most recently with Discovery Nordic preparing to launch eight-part coming-of-age drama Nach (After Party) from Banijay-owned scripted label Rubicon.