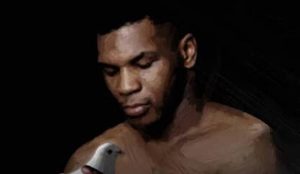 US news network ABC News is to produce and debut a two-part, four-hour documentary special on the life of US boxing star Mike Tyson later this month.

The 2 x 120-minute Mike Tyson: The Knockout will chronicle the former champion’s climb, crash and comeback, from his difficult childhood to becoming undisputed world champion to his 1992 rape conviction and his personal struggles.

Roxanna Sherwood serves as senior executive producer, while Geoffrey Fletcher is executive producer and the director of animation for the documentary, which will feature new interviews with actor and boxing enthusiast Rosie Perez, former President of HBO Sports Ross Greenburg, ESPN’s Jeremy Schaap and others in Tyson’s inner circle.

Part one will air on 25 May with the concluding part on 1 June. It will be made available on demand the following day on Disney-owned streamer Hulu.

“In addition to being an inspiring story of the perseverance and hard-won growth of one extraordinary person, Mike Tyson’s life and career are also relevant to the important collective self-reflection finally occurring in America,” said executive producer Geoffrey Fletcher.

The documentary comes on the heels of Iron Mike, an eight-part Hulu series from Steven Rogers and Craig Gillespie, exec produced by Margot and Karin Gist, that was announced in February.

Tyson hit back at Hulu over the scripted series that is to dramatise the events of his life. “Hulu’s announcement to do an unauthorised mini-series of the Tyson story without compensation, although unfortunate, isn’t surprising,” wrote Tyson on Instagram at the time.

He slammed that project as “tone-deaf cultural misappropriation” and announced that an “authorised” version of his life story was in the works, with Jamie Foxx cast to play the boxer soon after in a self-made biopic to be directed by Antoine Fuqua.