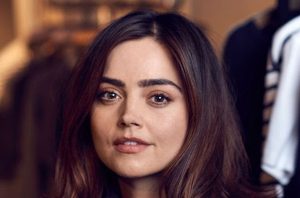 The War Rooms has been created by Chidlow and explores “the women who lived, loved and triumphed” in Churchill’s bunker during the Second World War. Broadcaster/streamer details have not been revealed.

The series is being produced by Parfitt (Parade’s End) and Carmichael (Black Book), with Coleman executive producing the series alongside Atlantic Nomad’s Simon Mirren and Chidlow (All Or Nothing: Manchester City).

The show, which is being co-produced by Atlantic Nomad and Trademark, also has Imperial War Museums (IWM) onboard as series consultant and tells the true life story of Joan Bright, who started the war as a secretary and ended it organising Allied conferences. Bright’s memoir The Inner Circle: A View Of War At The Top has already been optioned.

Coleman said: “Joan Bright was never going to live a conventional life – a young woman who lived her war days under the official secrets act, undercover and underground in the war rooms.

“This story is so compelling not only because of her unique and liberal mind, wryness of spirit and curiosity to live, but because of the opportunity to examine this endlessly fascinating period of time through an intimate and human lens.”

Parfitt and Carmichael added: “Our intention is to build a series that takes a truly fresh view on a significant part of our collective history. A show that isn’t polite or reverential, but raw, confronting and offers fresh experiences, perspectives, narratives and faces.”

Each season will cover 12-18 months of the war, from the shock of its outbreak, to sustaining the fight, and then to the final push for victory and the battle to shape a new country.