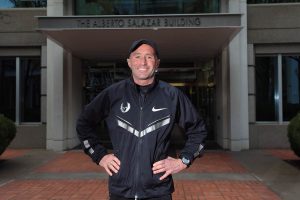 Sky in the UK, Watcha in Korea and ZDF/Arte in Germany and France have snagged rights to a feature documentary exploring the work of sports coach Alberto Salazar.

Nike’s Big Bet: Alberto Salazar And The Fine Line Of Sport has been produced by Paul Kemp Productions and Corey Russell’s Cream Films, in partnership with the Globe And Mail in Canada.

The 84-minute doc, which makes its North American premiere at Hot Docs on 29 April, has been produced by Russell (Killing Patient Zero) and explores the work of the Nike Oregon Project and famous athletics coach Salazar, whose doping violations sent shockwaves through the sport.

DR in Denmark, Hot 8 in Israel, Canal+in Poland and Nordic Entertainment Group in Finland, Norway, Sweden, Iceland and Baltics have also picked up rights, along with CBC in Canada.

ZDF/Arte came on board early as partners of the film through deals brokered with the film’s producers, while Abacus Media Rights (AMR) sells globally.

Jonathan Ford, AMR’s MD, said: “With the delayed Olympics set to run later in the year, this is a timely feature documentary which reveals the shocking downfall of one of the most high-profile coaches in the world. It’s must-see factual television.”