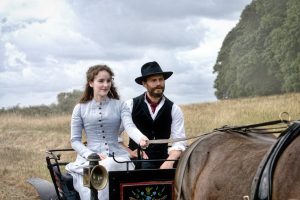 Starz brings ‘Death And Nightingales’ to US

Lionsgate-owned Starz has acquired UK period drama Death And Nightingales for its cable network and app in the US, launching next month.

Originally produced by The Imaginarium and Soho Moon Pictures for BBC Two in the UK, distributor Red Arrow Studios International has also sold the series to HBO Europe for CEE, the Nordics, Spain and Portugal, Sky Network Television for New Zealand, and Yes for Israel.

Additionally, DirecTV picked up the series for all Latin American markets excluding Brazil, and the series has also aired on BBC First in Belgium and The Netherlands, following a sale to BBC Studios.

Death And Nightingales (3 x 60-minutes or 2 x 90-minutes) is based on Eugene McCabe’s modern Irish classic novel, adapted and directed by Allan Cubitt (The Fall) and produced by Jonathan Cavendish (Elizabeth: The Golden Age).

“Following the acclaim for Death And Nightingales in the UK, we’re thrilled to be taking the series Stateside and to new audiences around the world,” commented Tim Gerhartz, president & MD at Red Arrow Studios International, who was promoted into the position last week. 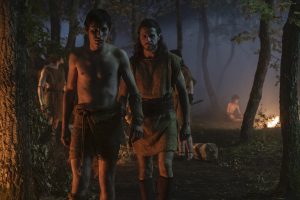 The series, which is produced by Sky, ITV Studios’ Cattleya and Groenlandia, will resume filming in May and will take place in Rome and its surrounding areas.

As with season one, the new eight episodes will be entirely filmed in Latin and directed by Matteo Rovere, Michele Alhaique and Enrico Maria Artale. Filippo Gravino and Guido Iuculano will return to head up the writing team, alongside new additions Flaminia Gressi and Federico Gnesini.

Sky says that its ambition is to make the second season of Romulus the most sustainable production to date for Sky Italia, as part of Sky’s overall goal to become net zero carbon by 2030. 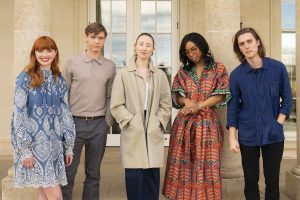 Chloe was originally announced by the BBC last year. Created and written by Sex Education director Alice Seabright it is described as “a mystery about obsession, deceit, identity and grief, with Erin Doherty (The Crown), Billy Howle (The Serpent), Pippa Bennett-Warner (Gangs Of London) and Jack Farthing (Poldark) attached to star.

Brad Beale, VP, worldwide licensing for Amazon Prime Video, said: “We’re excited to be working with the incredible Alice Seabright and this talented cast on this audacious thriller, Chloe, as well as the teams at BBC One and Mam Tor Productions. We look forward to bringing this gripping and potent series to our Prime Video customers.”