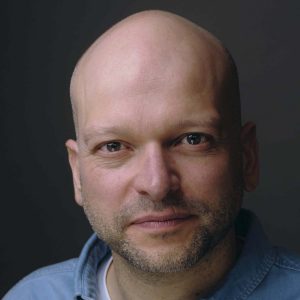 Curtis will lead development across the Twofour slate of documentaries, factual entertainment and entertainment formats for both the UK terrestrials and global SVODs. He will work alongside the creative team led by David Brindley and Dan Adamson.

He will join Twofour in May from Twenty Twenty, where he originated and developed Save Our Squad, the recently unveiled six-part Disney+ format that sees David Beckham mentoring a failing East London grassroots youth football team.

Prior to that he worked at Boundless, Voltage and BBC Studios on shows such as BBC Two duo An Hour To Save Your Life and The Big Family Cooking Showdown, the latter of which was also available on Netflix.

He reports into Brindley, who said: “Seb’s energy, passion and smart thinking when it comes to a whole range of television is really impressive. His love of broad, engaging and warm-hearted formats chimes perfectly with ours – combine that with a cracking track record both in the UK and globally, I’m super excited about what we’re going to cook up together.”

Curtis added: “The opportunity to work with David, Dan and some of the best programme makers out there was too good to miss. Their vision for the company is incredibly exciting and I can’t wait to be part of it. There has never been a more exhilarating time to be a factual producer and I’m looking forward to building on Twofour’s amazing track record and being a part of their next chapter.”

The appointment completes the executive creative team, which includes the recent appointment of Louise Hutchinson in entertainment, and Grace Reynolds in documentaries.

Twofour’s slate over the past year has included documentaries including Roman Kemp: Our Silent Emergency for BBC Three and BBC One, Million Pound Pawn for ITV, and Happy Campers for Channel 5.