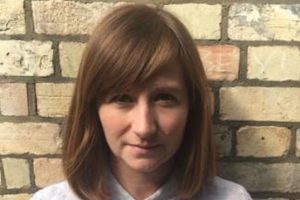 The exec will rejoin Twofour following a two-year stint as the head of documentaries at UK indie Minnow, where she oversaw Channel 4 format SAS: Who Dares Wins and exec produced shows including Channel 4’s The Yorkshire Job Centre, Sky Documentaries’ Stirling and BBC2’s Manctopia.

Reynolds will report to Twofour CCO David Brindley and be responsible for leading the company’s documentary output, with a focus on winning new business.

Before joining Minnow, Reynolds spent eight years at Twofour, working across a range of productions as a director and later as an exec, including Royal Marines Commando School, Royal Navy School, Confessions Of A Junior Doctor, Educating Essex and Educating Yorkshire.

“I’m really proud of what I achieved in my time at Minnow but it feels incredibly exciting to return to Twofour. Twofour has a great documentary pedigree which I look forward to building on,” said Reynolds.

“I hope that we can hit the sweet spot that Twofour has managed so often in the past: making documentary of the highest quality that is also warm, entertaining and popular. It’s a joy to be working with the team there again – it feels like going home – an unmissable opportunity.”