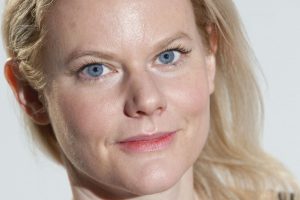 Vanessa Brookman, head of kids, EMEA for WarnerMedia, has appointing Sarah Fell to lead original production, with Marc Goodchild as head of digital content, Sean Henry taking on the newly created role of head of content strategy and acquisitions, and Angharad Llewelyn continuing as director of editorial standards and practices.

The new leadership team will work closely with the global kids, young adults and classics group led byTom Ascheim.  They will also work with the teams reporting into Johannes Larcher, head of HBO Max International, and Christina Sulebakk, head of HBO Max EMEA, developing HBO Max’s kids and family programming in advance of its launch in parts of Europe later this year.

“This is a formidable group of leaders who will be critical in driving the ongoing success of our existing portfolio and in shaping a powerful HBO Max Kids and Family offering for the EMEA region,” said Brookman. “Their passion for great kids content and their deep understanding of the fast-paced dynamics of our kids offering will help our EMEA business go from strength to strength at what is a hugely exciting time for WarnerMedia as a whole.” 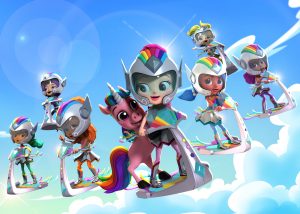 Netflix has picked up season one of US-based Genius Brands International animated preschool series Rainbow Rangers, with the streamer to launch the show across the US, Canada, UK, Australia, New Zealand and Middle East in July.

Genius Brands has also struck deals for seasons one and two for Amazon Prime Video,  TVNZ in New Zealand, Noga in Israel, amid a slew of deals.

The prodco has also greenlit a third season of the series, with additional broadcast partners including its own Kartoon Channel! in the U.S. and Canada, Corus Entertainment’s Treehouse in Canada, Televisa and BLIM TV in Mexico, Cartoonito in Italy, NineNetwork  in Australia, CCTV and iQiyi in China, Nickelodeon and NOGGIN in Latin America TV2 in Hungary, Mini Mini in Poland, Canal Panda in Portugal, Discovery Kids in the Middle East, Mediacorp in Singapore, Awesome TV in Malaysia and Pikaboo for Serbia, Montenegro, Macedonia, Slovenia, Croatia, Bosnia and Herzegovina.

Andy Heyward, chairman & CEO of Genius Brands, commented: “The fact that the series has been sought by top tier broadcasters around the world, now including Netflix, underscores its huge appeal.”

Piwi+ in France and MBC in MENA are among those to take pay TV rights to preschool series DinoCity, following deals with distributor APC Kids.

The Riki Group and Animax Production animated show has also sold free TV rights to ERT in Greece and Ketnet in Flemish Belgium, while Menart in the Balkans has taken exclusive free TV rights and non-exclusive SVOD rights.

Lionel Marty, MD of APC Kids, commented: “With DinoCity starting to rollout across Europe and already receiving a positive audience response, we’re excited be to continuing the show’s international journey and welcoming new partners on board.”