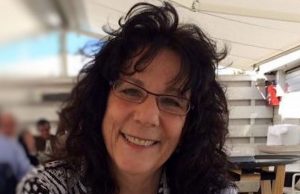 New York-based TV and film studio and streaming network FilmRise has promoted head of sales Melissa Wohl to SVP, after four years at the company.

Wohl joined FilmRise as head of sales in 2017 and in her elevated position will continue to lead the company’s domestic and international sales activities across all broadcast and digital platforms alongside her team.

Before arriving at FilmRise, Wohl served as SVP of worldwide distribution at Content Media, where she spent nearly a decade overseeing film and TV content sales to broadcast and cable networks, syndicators, and digital platforms. Prior to that, she was VP of sales and acquisitions at Harmony Gold, where she managed worldwide sales .

“Melissa’s insight and knowledge of the broadcast and digital industry has been instrumental to FilmRise’s exponential growth within the past four years,” said FilmRise CEO Danny Fisher.

“Her leadership has allowed the company to move into exciting territories and platforms and we look forward to her leading us into new directions.”

Last month, FilmRise inked an 800-hour distribution deal with Canadian kids producer and distributor Nelvana, while also recently signing an agreement for more than 100 titles with Reel One Entertainment.