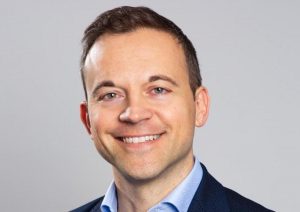 LA-based De Maio Entertainment will work with Fremantle and other indies to expand the scripted and factual slate for the Bertelsmann-backed production and distribution giant.

De Maio previously worked on shows including The Night Manager and Normal People at Endeavor’s content arm, where he worked across its TV sales and advisory arm. Before that, he was president of production at Hannibal prodco Dino Laurentiis Company.

De Maio said: “I am always looking for new and disruptive opportunities as the business quickly develops, and now is the perfect time to launch this company in partnership with Fremantle.

“I really admire the vision and leadership of Jen Mullin and Andrea Scrosati and am so excited to be working with all the extraordinary producers and companies in the Fremantle ecosystem to bring exceptional and inclusive storytelling to audiences worldwide.”

Fremantle COO Andrea Scrosati added: “I look forward to working closely together with Lorenzo to help bring his project to life, while I have no doubt that with his support, the Fremantle scripted and documentary slate will now accelerate and grow even faster than our already ambitious plans.”