Show of the Week: Professor T 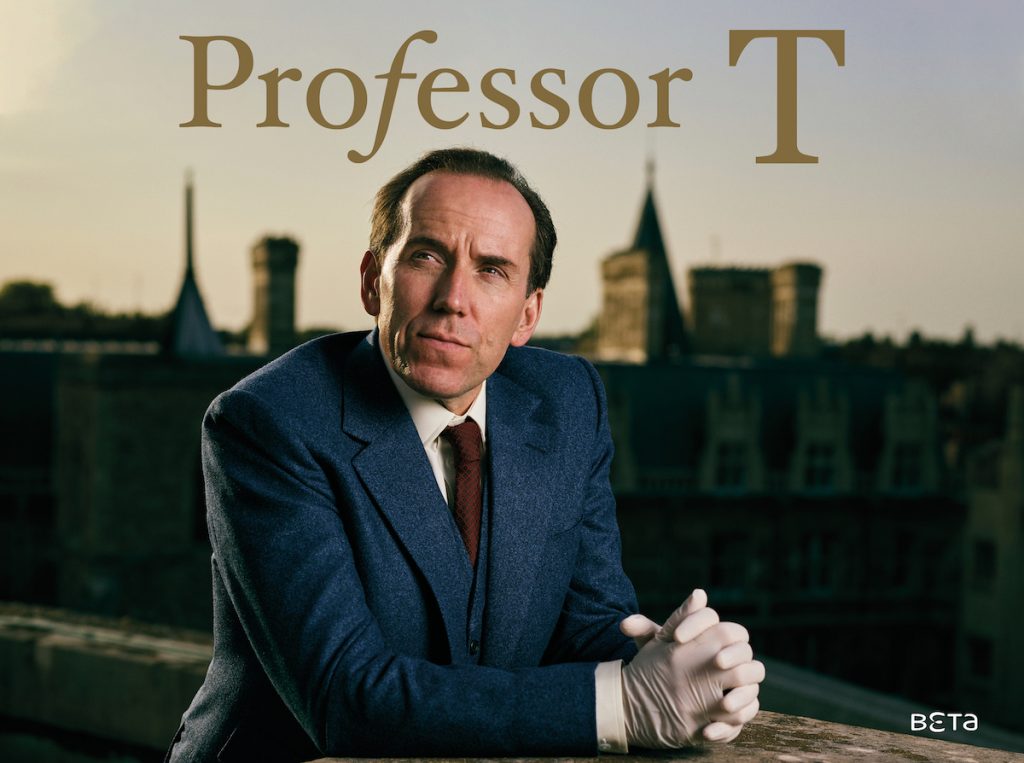 Original Death In Paradise leading man Ben Miller returns to the detective genre with this new drama that tackles as many mental health issues as it does violent crimes.

Miller plays the titular Professor Jasper Tempest – aka Professor T – a brilliant but unorthodox criminology teacher at England’s prestigious University of Cambridge, who is beset by a plethora of neuroses that hold him back from getting close to people.

However, when a former student-turned-police detective turns to him for help, Professor T reluctantly agrees to join forces and soon finds himself well out of his comfort zone, struggling to cope with his issues. Solving violent crimes, however, comes naturally.

“It was important for Eagle Eye and our broadcast partners (ITV and PBS distribution) that the Professor was not portrayed as a figure of fun or ridiculed for his obsessive, compulsive disorders,” commented Walter Iuzzolino, CEO of Eagle Eye Drama and Jo McGrath, the company’s CCO. “Professor T is a high functioning, super intelligent academic but he’s plagued by past traumas. He is a germophobe but copes with everyday life by employing a number of cleaning rituals. He likes order and neatness and like many sufferers his symptoms and triggers can vary enormously.”

The execs describe the character as “an authoritative, imposing character,” but nevertheless wanted to give the audience a glimpse into his mind – to provide “a unique insight into his condition and what it feels like to have fears, compulsions, fantasies and past memories playing out in his head.”

Iuzzolino and McGrath added that they were “very privileged” to be able to film in the grounds of Cambridge University and made the most of the college rooftop as a recurring location in the series.

“This is where Professor T goes to think and process the clues from each crime. We struck lucky with the weather on some of our Cambridge filming days – glorious, golden sunshine added an extra glow to these beautiful, magnificent buildings.”