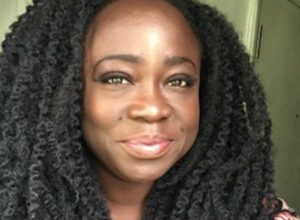 Daughton departs after more than five years at the company, during which time she commissioned shows including the second season of Fleabag and two seasons of The Offenders. This followed a career as a producer working on shows including Matt Berry’s Toast Of London.

While Daughton’s next step is not yet known, it has been announced that Asante will be joining UKTV as commissioning editor to help push the multi-channel broadcaster’s scripted comedy ambitions.

Reporting to Pete Thornton, UKTV head of scripted, Asante will join on 12 April and will be responsible for developing, commissioning and executive producing new scripted comedy shows for both Dave and Gold.

Asante’s recent commissions while at the BBC include sketch show FAMALAM and comedy pilot Behind the Filter, written by Phoebe Walsh.

“Having admired both the comedy and comedy entertainment titles on Dave and Gold over the years, I’m beyond thrilled to play a role in seeing those channels go from strength to strength,” said Asante.

“The added commitment to amplifying more underrepresented voices in comedy matches my ambition to deliver exciting and distinctive content that audiences across the portfolio will love.”

These latest moves for BBC Comedy follow the recent appointments of I May Destroy You producer Tanya Qureshi and north of England-based Hannah Rose as commissioning editors.