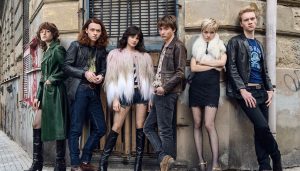 Amazon Prime Video has acquired coming-of-age drama series We Children From Bahnhof Zoo for streaming in a number of territories, as part of a raft of distribution deals struck by Fremantle.

The Constantin Television and Amazon Studios production, co-produced by Wilma Film in the Czech Republic and Cattleya in Italy, will be available on the streamer in the US, Canada, Australia, New Zealand, United Kingdom, France, Italy, Spain and Benelux from 9 April. The series will launch in Italy on 7 May.

Several other international partners including HBO Europe, Viaplay and Nordic Entertainment Group for the Poland and Baltics, Cosmote TV for Greece, More TV for Russia and CIS and BluTV for Turkey have also picked up the series.

We Children from Bahnhof Zoo is an adaptation of the autobiography Christiane F. that also inspired the cult film of the same name.

Jens Richter, CEO of Fremantle Media International, said: “Christiane F.’s story has been told all over the world, achieving cult status. We are delighted to partner with Amazon Prime Video to bring this re-imagined and timeless version of the story to audiences across the world.” 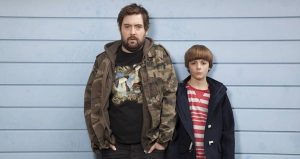 TV Chosun in South Korea has commissioned a local adaptation of comedy series Uncle, to be produced by BBC Studios in partnership with South Korea’s Monster Union.

June-sae Oh (When The Camellia Blooms) will take the lead role in the new version, which is yet to be titled, and is based on the series made for BBC Three in the UK by Baby Cow.

The darkly comic series follows the misadventures of Andy, a dissolute, out-of-work musician who forges an unlikely alliance with his 12-year-old nephew Errol after being morally blackmailed into looking after him by his chaotic sister Sam – all on the day Andy was planning to kill himself.

Andre Renaud, SVP of global format sales for BBC Studios, said: “I am delighted that the first localised version of Uncle will be in South Korea and that it will allow us to work more closely with the team from Monster Union. The warm and honest exploration of family told in a fun and humorous way through the eyes of an uncle and nephew feels like the right story for viewers to be able to see in these complicated times.”

Set ten days after the attacks, Samira Laroussa, a strong-hearted, half-Moroccan policewoman, is assigned to handle and return all baggage and personal belongings that were left behind in the departure hall that day. Every new encounter with a victim or relative will unbalance the seemingly strong Samira who is far from ready to deal with her own PTSD and the pains of her troubled past.

Entertainment One (eOne) has taken international distribution rights, excluding the UK, for Teacher, an upcoming drama from UK prodco Clapperboard for Channel 5.

The 4 x 60-minute psychological thriller was created by Barunka O’Shaughnessy (Motherland) and Mike Benson (Cold Call) and follows Jenna (Sheridan Smith), a schoolteacher, whose life unravels after being accused of a drunken sexual encounter with one of her pupils. With no memory of the night in question, Jenna’s only hope of redemption lies in uncovering the truth about a dark event in her past that returns to haunt her.

“With eOne now attached we have a partner who shares both ours and Channel 5’s ambition for Teacher – to explore the challenging and provocative themes thrown up by these types of cases,” said Clapperboard MD Mike Benson.