The Adventures Of Paddington

French production and distribution company StudioCanal has partnered with distributor Shanghai Senyu Media to bring animated series The Adventures Of Paddington to China.

The series will be represented to broadcasters in Mainland China at the forthcoming Filmart in Hong Kong, which kicked off with a digital version on 15 March.

Shanghai Senyu Media has previously brought other popular children’s IP to the Chinese market, including PJ Masks and Paw Patrol.

Based on the stories of Michael Bond, The Adventures Of Paddington presents a new version of the friendly talking bear and is written by Jon Foster and James Lamont and produced by Heyday Films, StudioCanal and Copyrights Group, with the participation of M6.

Chang Fan, VP at Shanghai Senyu Media, said: “Paddington is a renowned brand in China and we believe it will become another big hit when the new series is launched.” 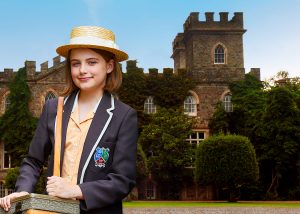 CBBC in the UK and Family Channel in Canada, in association with US-based BYUtv, have commissioned 26 more episodes of live-action kids series Malory Towers from producers King Bert and Wildbrain.

Shooting on the new episodes is set to commence in the UK this spring and Canada this summer, with delivery targeted for later this year.

In the new instalments of the late-1940s-set show, Darrell Rivers and the North Tower girls are excited to return to Malory Towers, for a new term of new drama, new faces, and new adventures.

Deirdre Brennan, ‎EVP of content partnerships at WildBrain, said: “We’ve had a phenomenal response to Malory Towers, both on our own Family Channel in Canada and from international partners. Even though Darrell Rivers was created 75 years ago, she is an inspiring character, full of spirited independence that keeps these stories relatable and relevant. We’re delighted that so many partners are joining us to share more of her experiences with young audiences worldwide.” 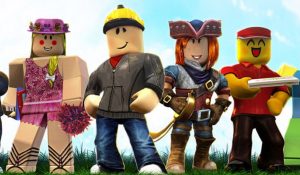 Roblox is an online game platform and game creation system and the series, which will feature top Robloxinfluencers, is set to stream on the service in June.

Genius Brands and Tankee first partnered in 2019 to bring a roster of Tankee Originals to Kartoon Channel!. Its slate of gaming content has since expanded to include the Roblox-themed Big B Statz RobloxChallenges and Sally Plays Roblox.

“Roblox has become a phenomenon that has captured the attention of children across the globe, and we are thrilled to be working with Tankee to develop and share new episodes in order to meet the growing demand from viewers.” 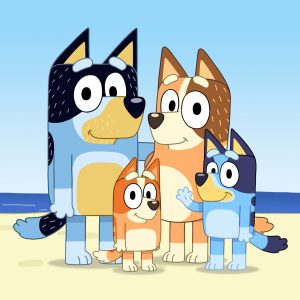 The series, which will land next month, is produced by Ludo Studio for ABC Kids in Australia and is co-commissioned by ABC Children’s and BBC Studios, which exclusively distributes the show worldwide.

Sarah Muller, head of commissions and acquisitions for BBC Children’s, said: “Bluey is such a warm show, with a charming and recognisable family at its core, that we know our audience will take to their hearts. The animation from Ludo Studio is world-class, so we’re completely delighted to be the UK’s free-to-air home for Bluey.”

The block, which is aimed at both kids and mothers, will launch on the territory’s Mother’s Day, 21 March, and feature content including: Cocomelon, Playtime With Twinkle and Little Baby Bum.

“Most of the millennials who grew up watching Spacetoon are mothers now, and they are going through the mothering journey, seeking tips and advices from different outlets, that’s one of the reasons why we’ve decided to start this block,” said Spacetoon CEO Fayez Al-Sabbagh.

“Another reason is the commitment we have developed through the years towards the Arab kids and families, and our mission in providing them with high-quality, values-based, and totally safe content.”