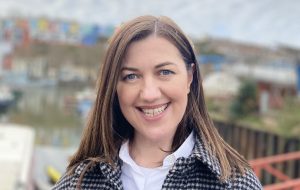 She will also oversee Humble Bee Films’ development team and is based out of Bristol, reporting into Humble Bee’s recently appointed creative director Stephen McQuillan.

“I can’t wait to begin developing an ambitious slate that not only builds on their success but also takes them into new territories across factual,” said Edwards.

“Jayne has lived and breathed the UK natural history scene for the last few years now and has a superb reputation across the industry – but she also has a great eye for specialist factual, history and science programming,” said McQuillan. “It’s this blend of experience that makes her an exciting fit for Humble Bee Films, as the company looks to broaden its slate into the premium factual space alongside its already stellar line-up of blue-chip content.”

Humble Bee’s roster of programming includes David Attenborough’s Natural Curiosities for UKTV, BBC Worldwide and BBC2; Attenborough And The Giant Elephant for BBC One and CBC in Canada; and Tasmania: Weird And Wonderful for Terra Mater Factual Studios and BBC2, among numerous others.