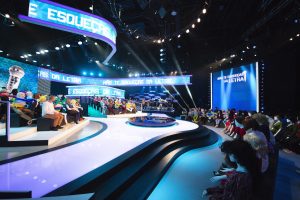 RTP1 in Portugal has picked up a local adaptation of Banijay’s Don’t Forget The Lyrics format, with Não Te Esqueças Da Letra to be produced by Shine Iberia.

Presented by João Paulo Rodrigues, the musical game show will air in Portugal on Saturday evenings from this spring. Singing ability plays no part in this entertainment series, instead it is all about correctly remembering the words to hit songs to win a life-changing cash prize.

Originally created in the US, Banijay format Don’t Forget the Lyrics first aired in 2007 and has been adapted in over 25 countries.

Macarena Rey, CEO of Shine Iberia, commented: “We are excited to create a local version of this uplifting format which the whole family can enjoy together. The home of Fado, Portugal has always enjoyed a booming music scene and Don’t Forget The Lyrics promises to create the fun, party atmosphere many viewers are craving.” 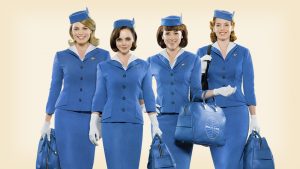 STV Player, the catchup service of Scotland’s public broadcaster, has rolled out across the UK and added more than 650 hours of content.

The free-to-view VOD service is now pre-installed in three quarters of the UK’s CTVs.

The broadcaster is boosting the platform with content from high-profile distributors Entertainment One and Sony Pictures Television. Shows coming to CTV include the Ray Winstone-starring Ice, and period drama Pan Am.

Richard Williams, Managing Director of Digital at STV, said: “We extended our partnership with Sky at the end of last year, which means that STV Player is now available on all major platforms across the UK and our addressable audience has significantly increased. Dropping over 650 hours of new content seems like the perfect way to welcome our new viewers. 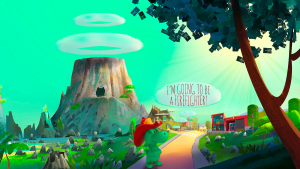 The deals gives Rai Ragazzi TV rights for a period of seven years from the date of completion for free TV, pay TV, pay per view, VOD and ancillary rights for the Italian territory.

The 52 x 11-minute series is expected to be completed in the second half of 2022 and is based on the classic property Grisù and created by its original authors Nino and Toni Pagot.

“We are confident that the iconic character of the little firefighter dragon Grisù, created by Toni and Nino Pagot in the 1960s, will, in this brilliant new version, continue to amuse and entertain today’s children,” said Luca Milano, director of Rai Kids. 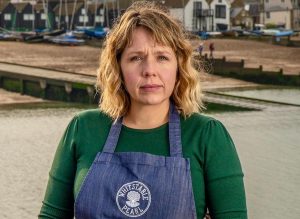 Nordic broadcasters SVT in Sweden, NRK in Norway, YLE in Finland and TV2 in Denmark have signed pre-sale deals with Cineflix Rights for the upcoming crime drama Whitstable Pearl.

Produced by Buccaneer Media for AMC Networks-owned Acorn TV, the 6 x 60-minute series is based on the novels by Julie Wassmer and created and written by Øystein Karlsen.

Set in the English seaside town of Whitstable, It follows Pearl Nolan (Kerry Godliman), who divides her time between serving up seafood in her restaurant and solving crime.

James Durie, head of scripted at Cineflix Rights, said: “Whitstable Pearl is an absorbing drama that arrives on the market at the perfect time. Combining the classic themes of a British crime procedural with a slightly subversive tone, it is fresh, witty, and romantic, but often deadly.”