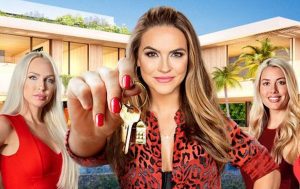 Netflix has renewed LA-based docusoaps Selling Sunset and Bling Empire and ordered two new projects from their respective production companies, with the streamer announcing it is doubling down on the genre.

Selling Sunset is produced by Done and Done Productions and Lionsgate and follows LA realtors at The Oppenheim Group as they compete in a cutthroat market – and each other. One of Netflix’s first forays into docusoap, the streamer has renewed the show for two more seasons.

Bling Empire, meanwhile, debuted in January and has been picked up for a second season. Produced by Jeff Jenkins Productions, in association with 3BMG, it follows a “wildly wealthy” group of Asian and Asian-American friends – and frenemies – in Los Angeles.

This new docusoap, also from Jeff Jenkins Productions, in association with 3BMG, will premiere later in the year and focus on the personal and professional life of fashion mogul Julia Haart – former member of an ultra-Orthodox Jewish community turned CEO of Elite World Group.

“Whether you love these shows outright or just love a guilty pleasure, we’re thrilled that Netflix members have embraced our docusoaps,” commented Brandon Riegg, VP of unscripted and documentary series at Netflix.