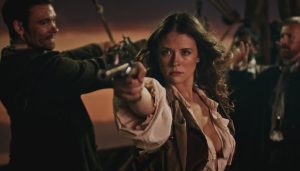 The series will debut globally on 15 March as a Netflix Original, with ZDF Enterprises distributing the new series worldwide outside of the territories and rights of Netflix.

Utilising the hyper dynamic animation production technique, the series recreates the world of 1715 Nassau from the end of the war with Spain, which left British privateers, who worked as a freelance Naval force, out of work.

Outlawed by even their own crown, these sailors went on to set up the world’s first fully democratic republic in the Bahamas.

Alan Griffiths, CEO of World Media Rights, said: “The series uses techniques pioneered by World Media Rights which are a big leap forward in historical recreation. These techniques allow us create lost worlds realistically and we have endeavoured, through research, to recreate them exactly as they were.” 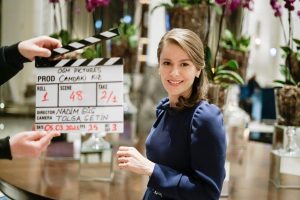 The OGM Pictures-produced series is based on the novel Camdaki Kız (aka The Girl in the Window), by Dr Gülseren Budayıcıoğlu, and is set to premiere on Turkey’s Kanal D at the end of this month, following the story of a young woman who remains hopeful for a happy life, despite facing obstacles at every turn.

“This is a coming of age story that will feel very familiar to a lot of women around the world, but is particularly relatable given the timing of its release, as the world looks forward to emerging from the sense of captivity that so many of us have experienced during the pandemic,” said Handan Özkubat, director of Turkish drama at Eccho Rights. 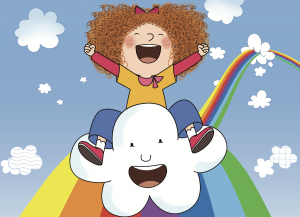 The 52 x 7-minute series is co-produced by Enanimation Srl and Mondo TV Producciones Canarias, in partnership with Rai Ragazzai, and inspired by Olga the Cloud, the book series by Nicoletta Costa.

Nina & Olga follows six-year-old Nina as she begins school, alongside her classmate Teo, and their very special friend Olga – a light young cloud. Together they embark on numerous adventures, learning about the events and challenges of everyday life and how to understand and manage their still unknown emotions

Currently in production and being created in a simple, contemporary 2D animation style that reflects and respects the original book artwork, Nina & Olga will premiere on RaiPlay and RaiYoyo later this year.

Sarah McCormack, Beyond Rights’ SVP of acquisitions and co-productions was responsible for acquiring Nina & Olga. She commented: “We were immediately charmed by Nina & Olga and had no hesitation in acquiring the series; Olga is the BFF that every little kid wants to have, Nina is a joyous and curious young girl, and the light touch when dealing with emotions, as well as topical subjects such as sustainability and inclusivity, will ensure the series is popular with kids, and their parents and caregivers.”

Aquarius Films, the Australian producer behind Lion and The Other Guy, has partnered with Dollhouse Pictures to adapt Sally Piper’s novel The Geography Of Friendship for TV.

The project is being developed as a 6 x 60-minute series, with Angie Fielder and Polly Staniford producing for Aquarius alongside Dollhouse’s Jessica Carrera, with Rose Byrne as Executive Producer.

The story, which was published in 2019, follows three female school friends in past and present timeframes, exploring how a hike celebrating the end of school culminated in a violent confrontation.