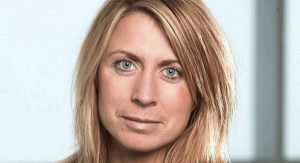 Turness was most recently president of NBC News International, a role she took up in 2017 with a remit across editorial, production and commercial operations.

Prior to that, Turness headed up the US-facing NBC News for almost four years, having previously been editor of UK-based ITV News. She was the UK’s first female editor of a network news operation and the youngest ever editor of ITV News, which is produced by ITN.

Turness was also ITN’s Washington Bureau producer during the Clinton White House years and spent time in Bosnia during the Balkans War. In 1997, she helped to launch 5 News on UK broadcaster Channel 5, before moving to Channel 4 as editor of its breakfast programme, RI:SE. She was appointed as ITV News deputy editor in 2002 and then made editor in 2004.

The appointment comes ahead of Mallett’s move to become Netflix’s VP of physical production for the UK and local-language production outside of the US. She formally departs ITN on 16 April, having landed at the company from BBC Studios in 2019, where she was COO & MD of production.

ITN is known for its news coverage but in more recent years has expanded into producing series, working with companies including ITV, Channel 4, Channel 5, Netflix, Discovery and CBS.

Turness said: “ITN’s role in public life has never been more critical, with the pandemic demonstrating why its reputation for quality, trusted news content is second to none. I’m excited to capture the growth in streaming platforms who are hungry for ITN’s high-quality factual content, as well as creative expertise across sports, virtual events and advertising.”