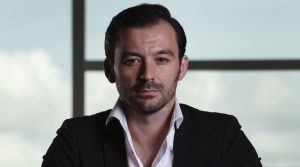 ViacomCBS Networks International (VCNI) has appointed Olivier Jollet to a new position overseeing strategy for its streaming services, as well as the division’s approach to mobile viewing.

Jollet becomes SVP of strategy & business development, streaming and head of mobile for VCNI, with a remit to develop the streaming strategy and business development priorities for the division. He will oversee strategic partnerships and also expand VCNI’s mobile business by working with recently launched and emerging tech, including 5G.

Jollet, who is based in Berlin, reports to Kelly Day, president of streaming & COO of VCNI and Jeff Shultz, chief strategy officer and chief business development officer of streaming at ViacomCBS.

The new role is the latest move for Jollet in a series of months, after the former MD of Europe for Pluto TV – which ViacomCBS acquired for $340m in 2019 – was appointed to lead VCNI’s restructured AVOD and SVOD operations in 2020 as SVP of emerging business across Europe, the Middle East, Africa and Asia (EMEAA). 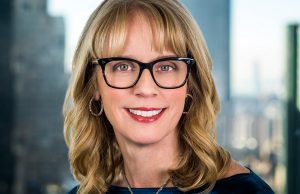 That came a month before ViacomCBS named Pluto TV’s CEO Tom Ryan as president & CEO of ViacomCBS Streaming, overseeing CBS All Access, which will relaunch as Paramount+ in the US, the Nordics, Australia and Canada from 4 March.

As part of the rejig, Day took on her expanded role as president of streaming for VCNI, overseeing all digital and streaming platforms outside of the US. ViacomCBS subsequently appointed Raffaele Annecchino to become president and CEO at its international division, replacing David Lynn late last year.

Day said: “Olivier’s digital expertise and business acumen is critical to our senior leadership team as we expand our integrated ecosystem and continue to deliver an exceptional consumer entertainment experience.”

Jollet added: “Streaming and mobile are key areas for our future success as the company embarks on an aggressive phase of digital transformation. With our great services and amazing content, there are many ways to engage our audiences and partners across the world. I thoroughly look forward to leveraging the momentum to drive scale and strategic growth for our business in the streaming and mobile space.”

Prior to Pluto TV, Jollet co-founded Quazer, a digital TV-like service that was acquired by the AVOD operator in 2016.