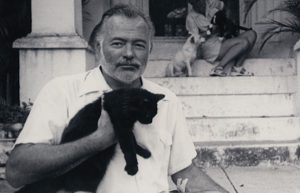 The BBC in the UK, RAI in Italy, YLE in Finland, NRK in Norway and Sky Network Television have acquired Hemingway, a six-hour documentary about the acclaimed author, from Ken Burns and Lynn Novick, following deals with PBS International.

Produced by Florentine Films and WETA Washington, Hemingway is due to debut on PBS in the US on 5 April, tracking the rise and tragic fall of the author and exploring the myth of the writer as ‘the man’s man’, to reveal a deeply troubled and ultimately tragic figure. The film also explores his limitations and biases as an artist.

“Hemingway is both an intimate, turbulent family saga and an examination of some of the greatest works of literature in the 20th century,” said director Ken Burns. “We are unsparing in our inquiry into less well-known aspects of his character and writing. Our intent is to offer viewers an honest portrayal of a complex and conflicted writer who left an indelible mark on literature.”. 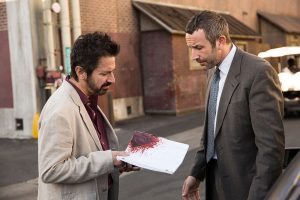 Subscribers to the streamer will be able to access shows including the long-running multi-series Stargate sci-fi franchise, comedy crime-drama, Get Shorty and religious epic AD: The Bible Continues.

Movie offerings will include thriller The Girl With The Dragon Tattoo, western The Magnificent Seven and cop comedy 21 Jump Street.

The MGM channel will cost subscribers an additional £3.99 ($5.62) per month and its launch comes as part of the company’s globally expanding on-demand offering, following similar launches in The Netherlands, Spain, Brazil, The UK, Germany, France, Canada and Mexico. 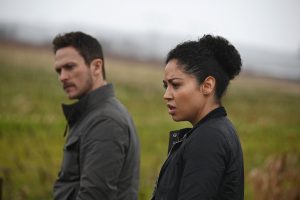 ‘Debris’ lands on TF1 and U-NEXT

The series tells the story of what follows when wreckage from a destroyed alien spacecraft scatters across the western hemisphere, with the various pieces messing with the laws of physics, changing lives in ways beyond comprehension.

“We are thrilled to be in business with TF1 and U-NEXT, and to continue to expand our global reach by bringing Debris to French and Japanese audiences,” said Chris Albrecht, head of Legendary Television.