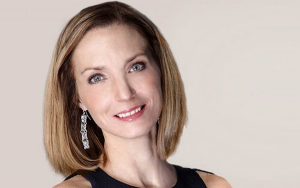 Lifetime’s EVP & head of programming for unscripted Gena McCarthy is leaving the A+E Networks-owned network after more than a decade with the company.

McCarthy, who was also head of programming for A+E stablemate FYI, joined Lifetime as SVP of reality & alternative in 2010 and been behind shows including Dance Moms and Project Runway All-Stars.

She then moved to FYI to oversee content for the cablenet, before adding Lifetime to her remit in 2018, in a move that saw her work on shows including Married At First Sight and Unmatchables.

A+E said McCarthy, who has previously worked at Discovery Channel and WEtv, was leaving for “new creative adventures”. Her exit comes a year after Lifetime hired Amy Winter as EVP and head of programming. She took up the role previously held by Liz Gateley.

A+E president Paul Buccieri described her as an “exceptional person and creative executive”, adding: “We thank her for her leadership, and for her many lasting contributions to the company, and wish her ongoing success.”

McCarthy said: “It’s been a true pleasure serving as a teammate and team leader in two successful chapters of the Lifetime story. And launching FYI remains a collaborative, joyful and inventive milestone. I thank A+E Networks for both opportunities, and thank Paul Buccieri for his vision and guidance.”