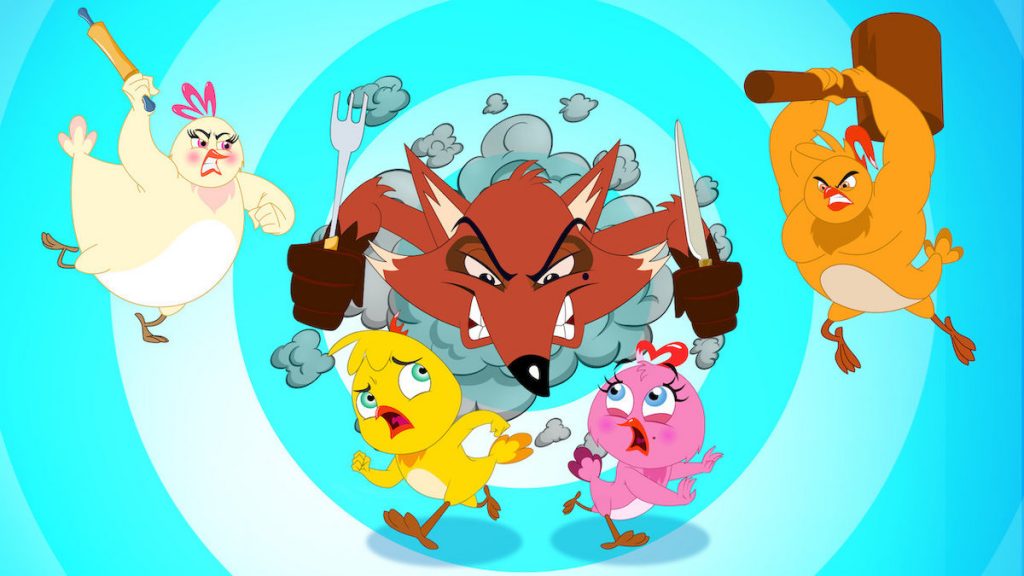 As Kidscreen gets underway, Helen Dugdale explores the rise in co-productions between Western and Eastern animation companies and finds out what makes the perfect IP for global exploitation.

Co-productions in the kids space have been around for years but a variety of recent deals have turned heads and suggested a new wave of global co-operation is underway.

One of the latest to do was between WildBrain Spark, the premium kids and family AVOD network and studio, which linked up with India- and Singapore-based animation studio, Cosmos-Maya.

The duo collaborated to grow the non-dialogue comedy series Eena Meena Deeka on YouTube and a string of AVOD platforms, with the crossover project marking one of the first times an Indian animation series has been co-financed with an international partner.

Eena Meena Deeka is a slapstick action-comedy series that tells the story of a constant chase between a cunning fox and three chicks – Eena, Meena and Deeka. Under the deal, WildBrain Spark and Cosmos-Maya co-financed season three of the 2D animated kids’ series. 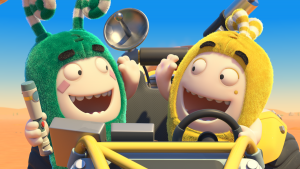 The new season will roll out alongside season one on the first-ever exclusive YouTube channel for Eena Meena Deeka, which WildBrain Spark will launch and manage on their network.

The show was created by Cosmos-Maya, who with the first two seasons witnessed success with audiences in over 100 countries, especially in Europe and Latin America. WildBrain Spark holds AVOD and other distribution rights for seasons one and three of the show, outside India and the Indian subcontinent, and will also spearhead ad sales on AVOD platforms in the same territories. Cosmos-Maya retains global linear television rights for the series. Worldwide rights for season two are held by Netflix.

Rachel Taylor, commercial director at WildBrain Spark, says the show has universal appeal. “While it was originally made in India, it is a non-language series that has a strong resonance with young audiences all around the world, as demonstrated by its impressive global digital success to date. It’s colourful, has a likeable cast and features familiar toon jeopardy that is widely enjoyed.”

The series deals with relatable themes, which as Taylor outlines, enables it to transcend borders and at a much faster pace, because of evolving technological changes and shifting consumer behaviours. “Producers recognise the need for creative deal structures that can facilitate strong content with the potential to reach maximum audiences globally, whilst also mutually benefitting all business entities involved,” she adds

Anish Mehta, CEO at Cosmos-Maya, adds that the studio has done a lot of work on other shows that helped lead to the success of Eena Meena Deeka. He praises the growth of digital streaming platforms in the last few years, something that he believes has pushed the cross-cultural suitability of content across geographies. 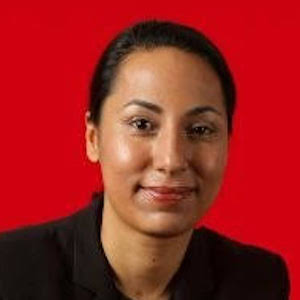 “Audiences seek more variety of content – in terms of the perspectives of the stories and the quality. Studios from Europe, Lat Am and APAC are producing content for OTT streaming across the world on a massive scale. Our company’s trajectory has accompanied these trends, and producers across the world have started taking notice of the unique qualities of our work. The global success of Eena Meena Deeka is a testament to these developments.”

A large part of the show’s appeal was its established audience. “The premium quality of the content and the speed at which Cosmos-Maya produces new episodes have proven to be important factors for the success,” adds Taylor. She also points out some eyebrow-raising stats: the show’s first season was previously available via WildBrain Spark’s Hub channel, where it’s captured over five-billion minutes of watch time and over 874 million views. “Together, we identified an opportunity for success and knew Eena Meena Deeka had the potential to find further success in key markets, such as the US. This is just the beginning of the show’s journey.”

Despite Eena Meena Deeka’s global roll-out, it would be remiss to think that replicating this success is straightforward. “Creating a successful IP is not easy to do, and it takes time, money, talent and luck to get from script to screen,” admits Chi Sim Tang, CEO of Singapore-based Omens Studio.

“If it’s something you want to do, hang in there. Keep creating and pitching what you have to meet the market’s needs. Often, our initial idea we thought would work turn out somewhat differently when the project gains traction. It’s alright to have ideas rejected, so long as you learn from it and keep going.”

Omens Studio first long-form IP – Counting With Paula – was picked up by Singapore’s national broadcaster Mediacorp. The show continues to be a strong product for them with season four and five now available on streamers iQiyi and CCTV. 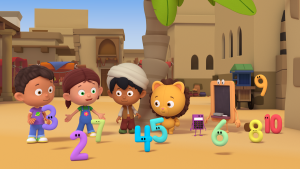 “Working with streamers and VOD platforms has enabled us to have a wide reach across hundreds of millions of households in the US and around the world, at a time when traditional broadcasters and linear channels are facing viewership challenges,“ adds Tang.

Sashim Parmanand, CEO at Singapore-based One Animation, adds that companies need to be patient when it comes to IP creation. “Invest as much time as you can in development – especially the core concept, storylines and characters. Pay attention to ensure the characters are relatable to your target audience. Always ensure that your content has an authentic voice and storyline and be persistent if you’ve created a compelling idea there will be a platform that will commission your series.”

One Animation is behind a raft of shows for preschoolers, kids (6+) and family, which have travelled successfully. “We have partnerships with leading international kids channels and streamers for our content, which includes Rob The Robot and Insectibles. Our most successful show is the three-time Emmy Award-nominated Oddbods, which is on 90 platforms across 180 countries, including Disney, Netflix, Amazon and Hulu.”

The latter is another example of the huge reach that services such as YouTube can deliver – but also points to the growing co-operation between partners around the world.

“The short-form version [of Oddbods] has garnered 25 million subscribers and 20 billion views on YouTube,” says Parmanand. “And two of our strongest titles have resulted in co-productions with international partners – Oddbods is a co-production with Disney Channel, and for Insectibles we partner with ZDF, KIKA and Discovery Kids.” 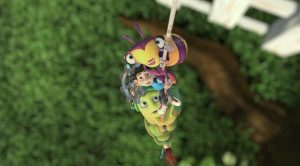 However, while co-productions are becoming an increasingly important tool for producers, Mehta suggests that keeping one eye firmly on your domestic market can assist an international roll-out. “With increasing viewership, it is up to producers to evaluate the scale of revenue and audiences which they can expect their content to match.

“With the differences in technologies for content consumption in various markets – particularly those like India – there are exclusive audience sets who must be reached via the appropriate medium. For producers looking to establish themselves with their core local audience while staying relevant for the global content market, dual-medium reach – TV and OTT simultaneously – would be the way to go; they can maintain their mass viewership numbers in their home markets while designing content with global streaming suitability.”

Taylor echoes that sentiment and says demand for partnerships within her own company is high. “Identify content that will either resonate globally or figure out a way to translate or adapt it for local audiences,” she says. “Make sure you find the right partner – we’re increasingly looking at IP acquisition and co-financing for shows with companies from all over the world.”