TBI Tech & Analysis: Why Netflix wants to impress the kids 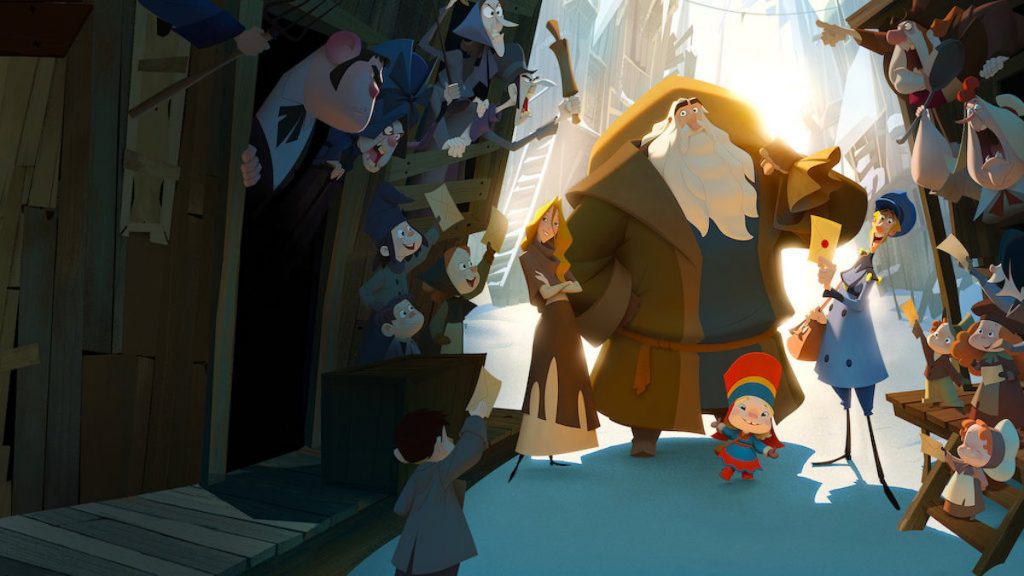 Netflix is keen to brand itself as a family-friendly destination with all manner of content, but third-party kids programming is becoming increasingly tough to acquire. Rob Moyser, senior analyst for TV & online video at TBI sibling OMDIA, explores what the streaming giant is doing about it.

Children’s animation has been a particular area of focus for Netflix over the past few years. The withdrawal of Disney content from its VoD service and the subsequent launch of Disney’s own OTT service in late 2019 was a prime catalyst for a shift in that direction. 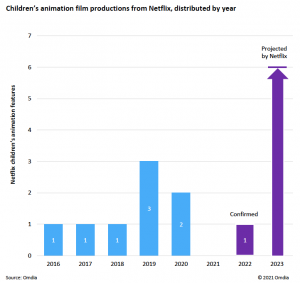 To counteract Disney’s move to use Disney+ for greater online exploitation of its family/kids entertainment, Netflix publicly committed in 2020 to, in the future, produce six original animated features a year.

That was a commitment far beyond the usual rate of two to three films that Pixar and DreamWorks makes, and a big turnaround in production considering it only released its first original animated feature last year, Klaus, and released only two films in 2020, The Willoughbys and Over The Moon.

The type of animation in production is also set to be ambitious with Netflix forgoing a house style in favour of a diversified approach with prominent directors including Richard Linklater (Apollo 10 1/2: A Space Age Adventure), Guillermo del Toro (Pinocchio), and Nora Twomey (My Father’s Dragon) involved.

It has also secured a major rights deal with the Roald Dahl Company, with ambitions to produce a vast ‘Dahl Universe’ of children’s titles. Another major aspect of these new film productions to consider is the type of audience Netflix is trying to reach.

The film Over The Moon, for example, is both co-produced by a Chinese studio and aimed at appealing to a Chinese audience with content familiar to the country’s culture and sensibilities; this is a direction already seen in 2020 with the launch of Disney’s Mulan. Also, Netflix hired as director a huge talent in children’s cinema, Glen Keane, who was involved in the character animation of Disney classics such as The Little Mermaid, Aladdin, and Beauty And The Beast. 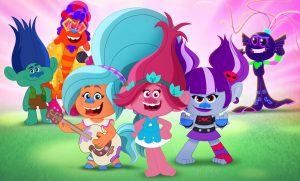 Netflix’s diversified approach of primarily developing its content at other studios around the globe does have some drawbacks, in that it has a less consistent theme to use in its marketing of content, a continuity that helps Pixar and Disney bring its customers back again and again to the cinemas.

At the same time, this approach reduces its opportunity to develop the kind of lucrative franchises it is very keen to develop further.

Netflix has long recognised the importance of family-friendly content and in particular having strong coverage in children’s television. It signed a TV supply deal with DreamWorks as far back as 2013, which it extended in 2015, signalling its broader strategy of capturing loyal family audiences while also keeping abreast of its fellow streaming competitors, Amazon and Hulu, both of which had programmed (and acquired) a handful of kids shows and films already.

The investment in kids TV is also underpinned by Netflix’s own analysis that 60% of its audience watches kids/family content on its platform every month. In deciding which OTT operator to choose, parents are likely to stay with a platform that their children value and want to keep, in much the same way it can be for pay TV with a plethora of children’s channels.

The DreamWorks deal has been one of the most extensive in Netflix’s history, equating to 881,000 hours of content from 73 seasons of various shows from 2013 to 2020 (across both teens to children animation).

The Netflix-DreamWorks relationship has however begun to seem more uncertain in the past year. A deal with Hulu has taken away some rights and DreamWorks’ parent company NBCUniversal launched its own rival VoD service Peacock in April 2020, with many popular shows such as Madagascar and Trolls: Trollstopia appearing there. Meanwhile, Sky UK, which is also owned by NBCUniversal, is also set to get a slice of DreamWorks’ output with hundreds of hours committed there too.

Rob Moyser is senior analyst for TV & online video at OMDIA, the global research powerhouse which, like TBI, is part of Informa. The excerpt above is from his recent report titled ‘Netflix: Strategies for the 2020s’.