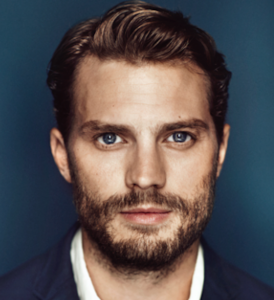 HBO Max has joined upcoming Australia-set drama The Tourist, which is being produced by Fleabag firm Two Brothers Pictures for the UK’s BBC, Aussie streamer Stan and ZDF in Germany.

The 6 x 60-minute limited series, which was first revealed last year, is being written by Two Brother’s Harry and Jack Williams, with The Fall’s Jamie Dornan confirmed in the cast.

HBO Max is joining as a coproducer on the show, which is being produced for the BBC by All3Media’s Two Brothers in association with Highview Productions, along with the South Australian Film Corporation, Stan and ZDF. All3Media International is also attached and sells globally.

Dornan will star as a British man who finds himself in the heart of the Australian outback being pursued by a vast truck trying to drive him off the road. Following a chase, the man later wakes in hospital but has no idea who he is. He then has to deal with merciless figures from his past pursuing him, while searching for answers.

Harry and Jack Williams, who have been behind Baptiste and The Missing among numerous others, exec produce alongside Christopher Aird and Andrew Benson for Two Brothers Pictures and Tommy Bulfin for the BBC. Lisa Scott will produce and Chris Sweeney will executive produce and direct.

“Harry and Jack’s talents are as vast as the Australian outback, and this thriller will leave viewers on the edge of their seat piecing together the puzzle,” said Jeniffer Kim, SVP of international originals at HBO Max. “We are delighted to have Jamie, Danielle, Hugo and Shalom join the cast for this compelling addition to our slate of international original series.”

Harry and Jack Williams added: “We’re hugely excited about this show. It’s tonally breaking new ground for us and having Jamie Dornan on board is the icing on the Australian cake. Thrilled to be working with Chris Sweeney again as well as the BBC, HBO Max and Stan.”

HBO Max has been a frequent buyer of international drama since launching in the US last year, and before that struck co-pro pacts with companies including the UK’s Channel 4 and Sky.