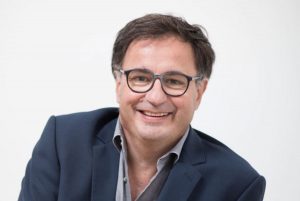 French production and distribution group Newen has restructured its domestic operations by combining Telfrance, CAPA and 17 Juin into a single entity.

Newen France will be led by Vincent Meslet, the producer of soaps Demain Nous Appartient and Ici Tout Commence. Meslet is a former head of programmes at France 3 and Arte, and takes up the role of CEO at the newly combined division.

He is joined by Guillaume Thouret, who has been appointed as MD of Newen France, having previously been in charge of CAPA Group and deputy MD of Newen, with responsibility for non-scripted programmes.

Benoît Thevenet, most recently MD of 17 Juin, will continue to oversee the prodco’s activities and will also now run CAPA Presse, while the latter’s MD Philippe Levasseur is appointed to become head of international. He will support the development of Newen’s foreign subsidiaries, as well as working across group synergies.

All three report into Romain Bessi, MD at Newen, which said the revamp would “better reflect its content first strategy and to support its international expansion.”

Bibiane Godfroid, president of Newen, said the changes would put further focus on Newen’s domestic and international strategy, and deliver “many large-scale projects”.

Newen France marks the company’s latest rejig, after the commercial activities of its various distribution entities including Newen Distribution, TF1 Studio and Reel One International were brought together to form Newen Connect last year.