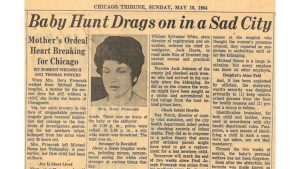 CNN Films in the US and UK factual Raw have re-teamed to co-produce The Lost Sons, a new documentary feature about one man’s search to uncover the truth behind his own childhood disappearance.

This marks the third collaboration between the companies, who also co-produced Three Identical Strangers in 2018, with CNN Films also having acquired The Imposter from Raw. CNN Films holds all distribution rights to The Lost Sons.

This latest project began production in 2019, made in association with Wheelhouse Entertainment-owned Campfire, and follows the story of Paul Fronczak who, at 10 years old, discovered a hoard of newspaper clippings about his parents including images of them grieving for a kidnapped baby and then celebrating two years later over a toddler found abandoned and returned to them. Decades later, Fronczak still has questions and embarks on a journey for answers, leading him to unearth dark family secrets along the way.

Ursula Macfarlane (Untouchable) is directing, with Amy Entelis, Courtney Sexton, Liesel Evans and Ross Dinerstein attached to executive produce, with the story told through a blend of re-enactments, the testimony of family and first-hand witnesses and news footage.

“I’m thrilled and proud to work with CNN Films and RAW to bring Paul Fronczak’s astonishing story to the screen. Nothing excites me more than a real storytelling challenge, and this is a mystery tale like no other,” said Macfarlane. “The Fronczak story has twists and turns you won’t believe and explores profound themes to which we can all relate: the importance and meaning of identity and family.”