US Hispanic broadcaster Univision has restructured its senior team with the hire of former ViacomCBS exec Pierluigi Gazzolo and ex-Telemundo president Luis Silberwasser.

Gazzolo was most recently president of streaming & studios at ViacomCBS Networks International (VCNI), which he left last year following a major restructuring at the company. 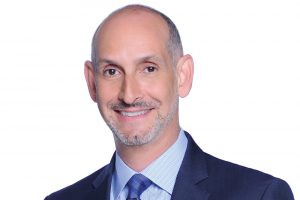 Univision has faced a turbulent few years as Telemundo, Silberwasser’s former company, surged in popularity. Univision sold its minority stake in filmmaker Robert Rodriguez’s El Rey Network last year and has refocused on its Spanish-language programming, offloading website acquisitions such as The Onion and Gawker in recent years.

Univision CEO Wade Davis, who was formally appointed late last year, said the appointments marked “a transformation” for the company that would include the of “launch new products and services”.

“Each of these leaders understand the need to optimise Univision’s core businesses to meet its audience where they are and evolve its content, platforms and products to reach the market in new ways.”