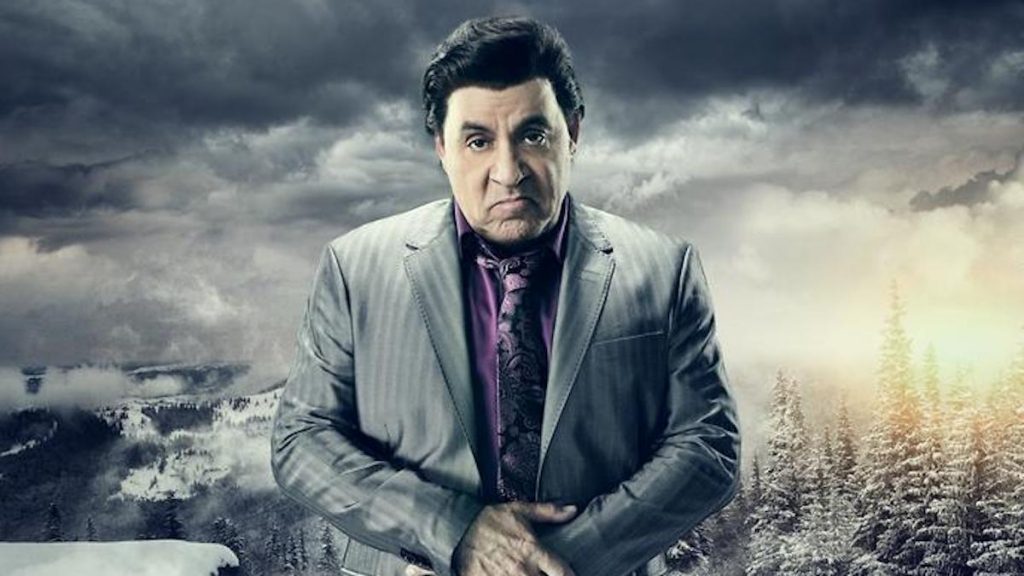 Since then, it has dramatically increased its output of first-run original content. Its growing investments have been instrumental in transforming the traditional ways content is licensed through different windows: home video companies rarely invested in original content.

The largest US studios have terminated licensing deals with the streaming platform – first Disney, then Warner Bros and NBC Universal – effectively confirming its transition from a technology company to a Hollywood player. 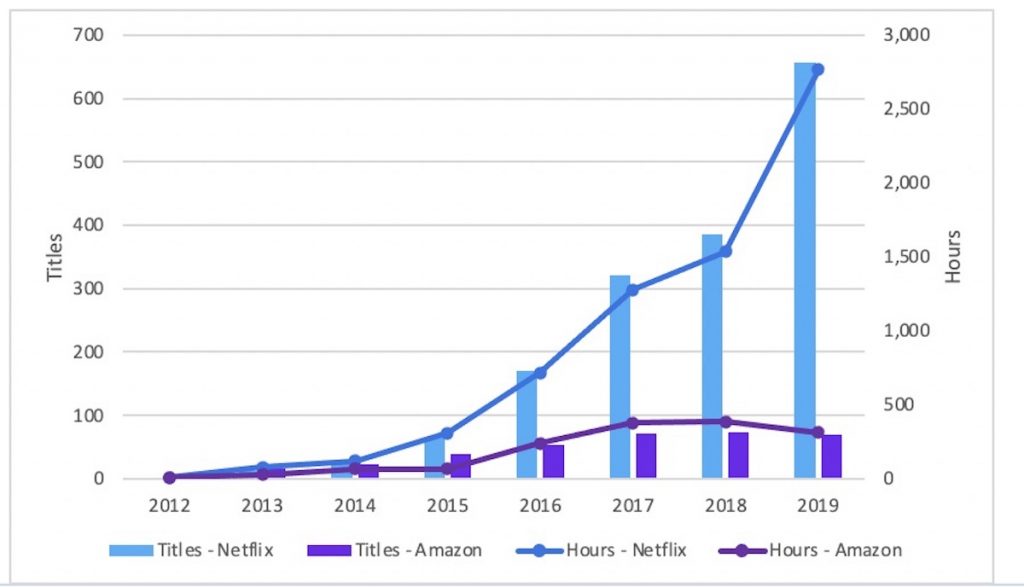 While it switched its streaming service on globally in the same year as Netflix, Amazon has not originated anything like the same volume. In 2019, we estimate that Amazon launched 70 original titles, slightly fewer than the 74 launched the year before.

Along with the sheer volume of new content, another innovation that Netflix and Amazon have offered is a much greater diversity of sources, in comparison to linear channels and other on demand services. 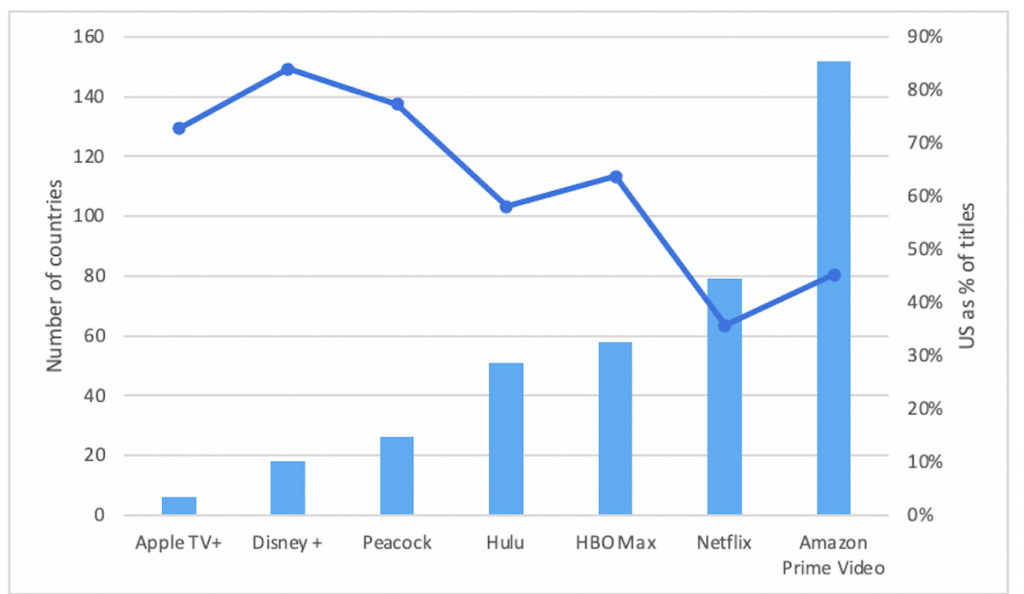 Our analysis of data from our partners JustWatch indicates that in October, Amazon offered content from 152 countries on its US service, compared to 79 for Netflix. Only 45% of Amazon’s offering originated in the US, and for Netflix it was just 36%. In contrast, Disney+ sourced 84% of its content from the US and Apple TV+, 73%.

SVOD’s US vs international balance

While the growing importance of international content on the streaming services is impressive, it does not imply less importance for US content.

Share of the US on demand market remains key for both of the international platforms, and it is here that they face competition from the growing array of D2C services, including HBO Max and Peacock, which initially launched in the US only. Premium cable brands HBO, Showtime and Starz are also continuing to underpin their subscription value proposition with big budget original content.

Outside the US, recent years have also seen the pool of original content expand with pay TV platforms such as Sky, Telefonica and Orange increasing their first run original production alongside existing players like the BBC and Canal+.

Tim Westcott is senior research manager for channels, programming & advertising at OMDIA, which like TBI, is part of Informa. The excerpts above are from his recent extensive report, World TV Production 2020.