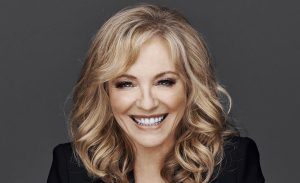 AMC Networks’ Acorn TV and TVNZ have joined up to co-commission a New Zealand romantic comedy.

Under The Vines is being produced by Libertine Pictures and EQ Media Group, and has been created and co-written by Erin White.

The six-part series stars Rebecca Gibney (Wanted) and Charles Edwards (The Crown) as two unlikely city slickers who inherit a failing vineyard in rural New Zealand. The show tracks the duo as they attempt to make the business profitable so they can sell up and split up.

Production will begin in early February in New Zealand, with Acorn TV taking all rights worldwide with the exception of TVNZ in New Zealand. The show will feature as a world premiere on Acorn TV in the US, Canada, the UK, Latin America, Australia, Spain, Portugal, among others in 2021, followed by TVNZ with its New Zealand premiere.

The format, which is set to debut on SBS6 in the Netherlands in January, follows three celebrities as they attempt a raft of challenges such as bowling or mini golf using marbles.

After several rounds, the celebrity at the top of the ranking will get the most marbles to start in the finale – a race involving 12,000 marbles – in which the celebrities can win money for a charity of their choice.

Japan’s NHK is preparing to air a remastered 8K version of the classic film West Side Story.

The film, which is based on the stage musical with music by Leonard Bernstein, depicts a forbidden romance caught up in the rivalry between two street gangs. It is set to debut today on satellite channel NHK’s 8K.

ITV has ordered an 8 x 30-minute shows that follows Julia Bradbury exploring the UK counties of Cornwall and Devon by foot.

The latest show was commissioned by Priya Singh, commissioning editor for factual entertainment at ITV. It is set to debut early 2021.