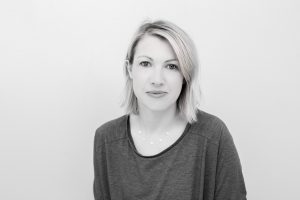 Morris joined the company, which is behind the pre-school series Bing, two years ago and is credited by Acamar as being “instrumental” in developing and implementing a global strategy across a range of digital platforms and content formats.

Reporting to Acamar CEO Mikael Shields, Morris’ new position will see her take on an expanded leadership role within the company, overseeing the future strategy, planning and operation of the global distribution of Bing content, and driving audience growth across all platforms. 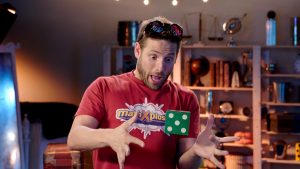 Distribution 360 does Italy, Thailand and US deals

Broadcasters and platforms in Italy, Thailand and the US have collectively acquired more than 600 episodes of children’s programming following deals with Distribution360.

In Italy, public broadcaster RAI has acquired 50 x 3-minutes of MathXplosion as well as 45 x 3.5-minutes of ScienceXplosion, both are edutainment series produced by GAPC Entertainment.

In the US, the recently launched Kartoon Channel has acquired 78 x 30-minutes of animated series Atomic Betty, as well as 100 episodes of pre-school music title Super Simple Songs along with Carl’s Car Wash (13 x 6-minutes), The Bumble Nums, (12 x 5-minutes) and Mr. Monkey, Monkey Mechanic (12 x 5-minutes), all of which are produced by Skyship Entertainment.

Skyship content has been in demand in Thailand, with Cineplex acquiring a package for its True Visions branded channels and platforms comprising more than 300 episodes across a range of pre-school titles. Series in the deal include Super Simple Songs (150 x 1-4-minutes), Super Simple ABC Phonics Fun (36 x 2-minutes) and Turn and Learn ABCs (26 x 4-minutes).

“With so many parents and caregivers continuing to help with at-home learning activities, the D360 team has been able to support buyers’ programming strategies to acquire entertaining content that really does make learning fun for their audiences,” commented Diane Rankin, Distribution360’s SVP rights. 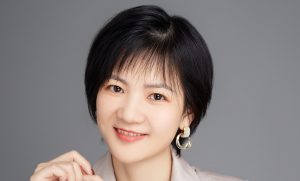 Zheng was previously the director content development, global media and licensing for Alpha Group in China, where she worked for nearly eight years, across properties including Super Wings, Rev And Roll and Katuri.

In her new position, Zheng will lead the global exploitation of content partnership, worldwide television and digital media distribution as well as the licensing business for Reesee. She will report to Ray Wang, CEO of Reesee Entertainment.

“I’m delighted to join Reesee Entertainment and look forward to exploring exciting new opportunities with partners in China and for the international market,” commented Zheng.

Reesee Entertainment was founded by Ray Wang, the former president of Alpha International and CCO of Alpha Group, with a focus on kids and family content creations and IP management. 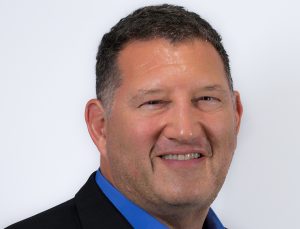 Jaffa, who joined the company in 2018, is elevated from his previous position as general counsel and SVP of business affairs. He will continue to report to company chairman and CEO Andy Heyward.

In his new role, Jaffa will be responsible for overseeing the business operations of production, consumer products, global distribution, as well as legal, human resources and the diversity divisions.

Additionally, he will continue to oversee the business and legal operations of the company’s digital channels, Kartoon Channel! and Kartoon Classroom!, while retaining his responsibilities as general counsel.

“There are tremendous opportunities for growth in the years to come for Genius Brands,” commented Jaffa, who served as head of business affairs at  DreamWorks Animation Television before joining Genius Brands.

Ameba does slew of deals

The streamer has picked up Moonsikids (52 x 11-minutes) from Russian-based IP Management LLC; Genius Genie (78 x 5-minutes) from Montreal-based Toondraw, as well as Alice In The Woods, Bitziboos, Grandpa In My Pocket, Ha Ha Hairies and several other shows from UK-based Magic2Media.

“The global pandemic has certainly imposed some unusual changes on our industry,” said Tony Havelka, CEO of Ameba. “This year’s virtual MIPCOM market resulted in some great meetings because executives were able to devote more time to discuss their particular programming needs which in return gave us the valuable opportunity to underline the assets Ameba has to offer by streaming their content to new audiences they had not considered previously.”