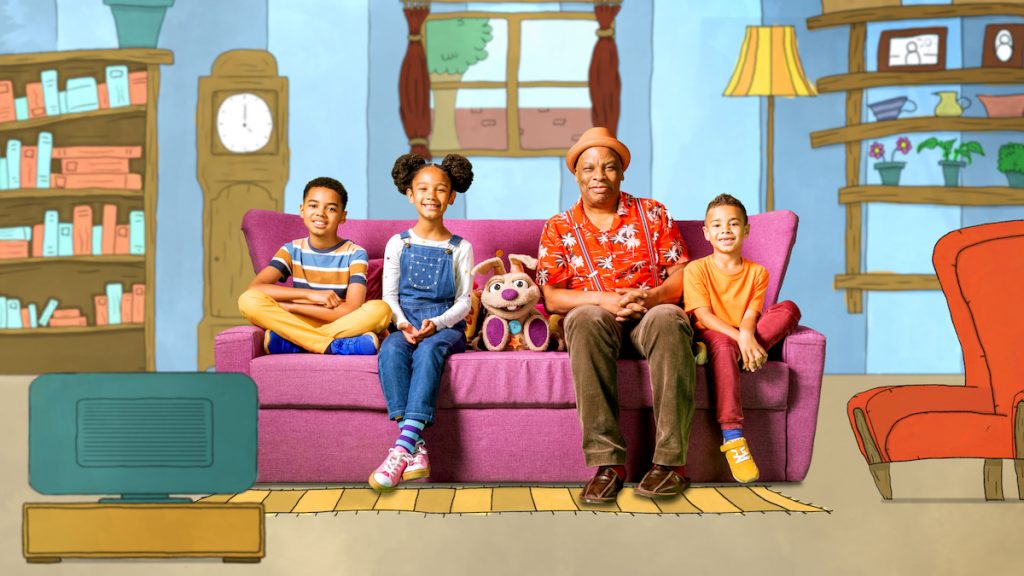 The World According To Grandpa, a new children’s series from Manchester-based Saffron Cherry Productions, debuts in the UK tomorrow on Channel 5’s kids programming block Milkshake!

Based on the book series by Chris Heath, the hybrid series, which blends live-action and puppetry with animation, stars Don Warrington (Death In Paradise) as the titular Grandpa, who offers imaginative and ridiculous responses to his grandchildren’s many questions about the world. Luckily, Halifax the rabbit, voiced by Sally Lindsay (Mount Pleasant), is there to provide the real answers to counterbalance Grandpa’s flights of fancy.

The live-action sequences all take place on a large sofa, with Grandpa at one end, the youngsters at the other and the Halifax puppet in the middle, while Grandpa’s explanations come in the form of animation taking place in the backdrop. Not only does this minimal cast contact help to make the production more Covid-safe, but also ideal for the format to be adapted into other languages.

“We wanted to make something that we could take to other territories as a kit of parts,” explains Saffron Cherry MD and show exec producer Caroline Roberts-Cherry. “So if you want to remake it with French actors or Swedish actors, you just follow our technical bible and all of the elements are there for you to assemble yourself.”

Indeed, Roberts-Cherry reveals that she will be getting underway on Welsh-language version of the show early next year, in co-production with Boom Cymru for Welsh broadcaster S4C, while the series has already received early interest from several territories, ahead of seeing the tape.

The exec says that because of this, she was able to offer two versions of the show to distributor Beyond Distribution for tape sales. “We’ve got a family that looks like Don Warrington’s family and then we’ve got the Welsh one, so if [other territories] wanted to dub it there is a choice.”

The show was a recipient of the British Film Institute’s Young Audiences Content Fund, which contributes up to half of the production costs for projects so long as they have been given a broadcast commitment and can show that they will reach a big enough audience.

Roberts-Cherry says that they were very grateful to be selected for the funds as the show “wouldn’t have happened without it” and explained that it involves a lengthy application process to ensure that the funding, which is public money, “is accountable and well spent.”

“I was able to demonstrate from the outset that it would be a diverse production team and we talked about the aspirations for the animation,” she says. “They also exist to support the indigenous languages of the UK, so I think it was of an appeal that we also had a commissioning relationship going with S4C.”

Roberts-Cherry says that it was “straightforward” to build a diverse cast “when the starting point was Don Warrington” as Grandpa, while behind the scenes five heads of department, including the director and line producer, are BAME. Roberts-Cherry adding, “When it came to the team it was just basically working with people who I know are really good at doing what they do. These are people who I work with all the time.”

Regarding the animated parts of the show, she explains: “It’s set in all different parts of the world, but even in the imaginary bits there was a mix of different ethnicities, there were disabilities when it was completely incidental to the story and when there’s an expert, it’s not automatically a boy expert; the cleverest dinosaur is Lucy the cleverosaurus. There’s an equality of the sexes and an equality of ethnicity in it.” 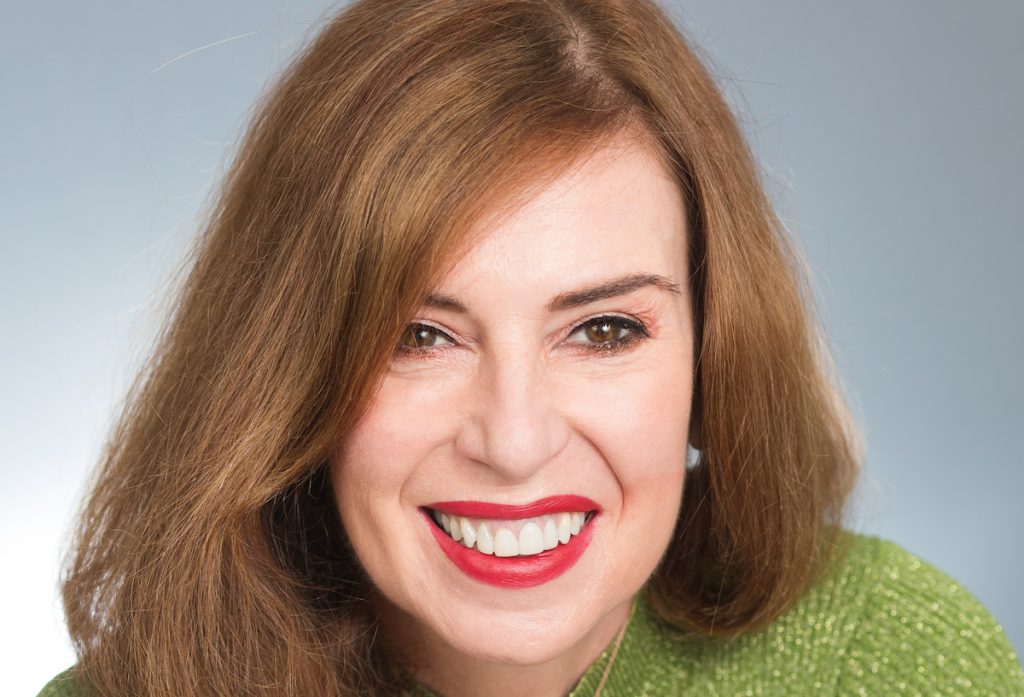 Roberts-Cherry describes the show as “a lovely insight into how children look at the world” which tackles questions sourced from real youngsters, from “what happened to the dinosaurs?” to “why is chocolate so tasty?” and adds that the show is also “shining a light on the role of grandparents at a point where so many kids haven’t seen their grandparents for months” due to the pandemic.

Roberts-Cherry half-jokes that the breakthrough in getting the show commissioned by Milkshake!, may have come with the addition of the character of Halifax, who did not exist in Heath’s original books. “There was a kind of hesitation when it was just Grandpa doing the fantastical stories, just in-case a generation of children really did think that cats went out at night mining for jam.”

When it came to casting Grandpa, Roberts-Cherry reveals that Warrington, who she first met while filming a production of King Lear in which he starred, was her first choice: “There was no hunt. Grandpa was right in front of me. It was always Don.”