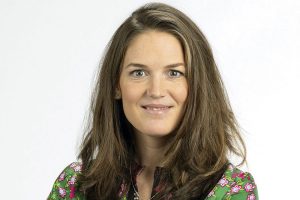 Nordic Entertainment (NENT) Group’s streamer Viaplay has ordered a Swedish drama about life at a boarding school for its burgeoning originals slate, which is set to hit 40 shows next year.

A Class Apart is based on an idea by Henrik Schyffert and Gustaf Skördeman, with Banijay’s Nordic prodco Jarowskij co-producing alongside Brommamamma, in partnership with Film i Väst.

The eight-parter explores a hidden world of privilege, power and deadly secrets at an exclusive boarding school, following the death of a student.

Filippa Wallestam, NENT Group’s chief content officer, said: “Boarding schools are often worlds within a world and remain one of our most enigmatic institutions. Yet as viewers of Viaplay’s latest original series will discover, they are also complex spaces where young people’s hopes, dreams and tensions play out like anywhere else – an ideal setting for compelling and sometimes unsettling drama.”

The show will join Viaplay’s recent slate, which has included Professionals, season two of Pros And Cons, and Orca, among numerous others.

Earlier this month, NENT revealed it was planning to launch Viaplay across Europe and the US, while also selling NENT’s UK-based arm, NENT Studios UK. Fremantle and numerous private equity firms are understood to be exploring a potential acquisition, as revealed by TBI.