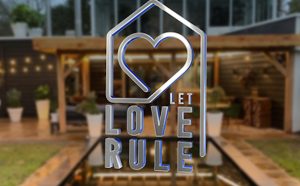 The format, which originated in the Netherlands, was created by John de Mol, and follows that happens in singletons start living together from the very first date – for at least 24 hours and for as long as five days.

The show aims to capture all the “heartfelt moments or declarations of love” as well as “awkward silences and difficult dating conversations” as viewers get the chance to see whether sparks fly or quickly fizzle out.

This latest sale comes as the Swedish adaptation of the format launched last on both TV4’s VOD platform TV4 Play and its linear channel Sjuan.

SBS6 in the Netherlands has also just ordered a third season of 115 episodes, while a UK adaptation titled The Cabins is set to premiere next year on ITV2, produced by ITV Studios-owned 12 Yard.

The two companies will work together on several ideas before deciding which to develop and take to market, producing the new series in their respective territories, with Nippon TV managing the distribution of the new format across Asia, and ITV Studios representing the show globally.