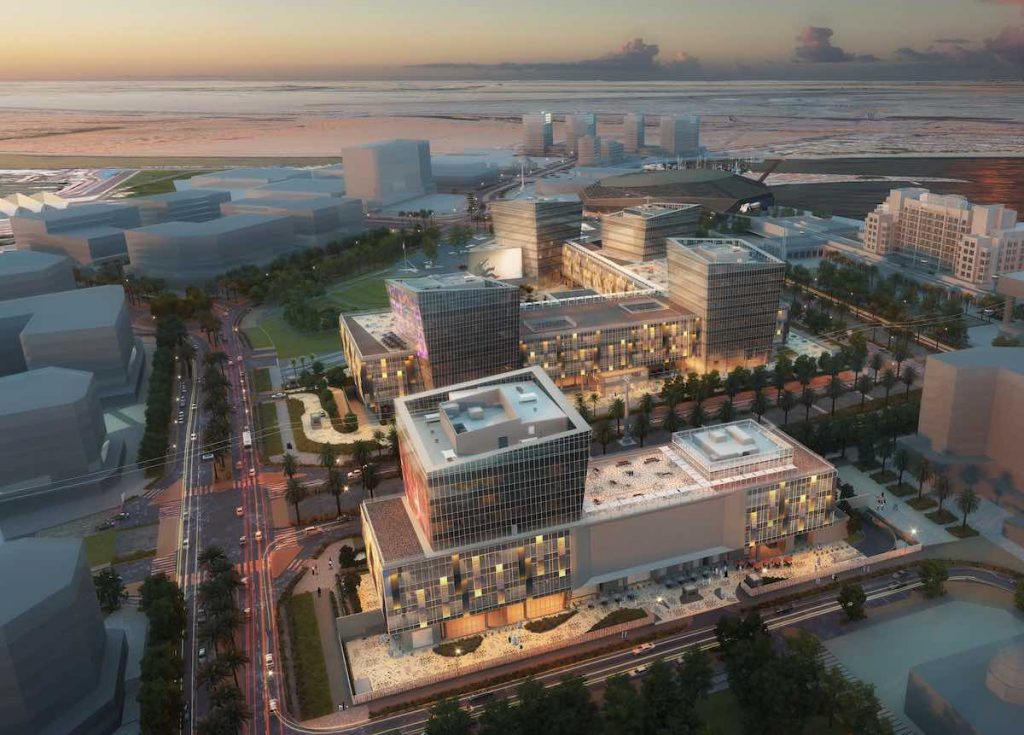 Abu Dhabi has said its huge new production development Yas Creative Hub is on track to launch at the end of next year, with expectations that it will house more than 16,000 professionals by 2031.

The hub is designed to act as a new centre for the creative industries to bolster the film, broadcast, TV and media businesses in the region, as well as supporting the gaming sector.

CNN and Ubisoft are among companies set to work from the hub, which stands at 2.9 million sq.ft. (270,000 sq.m) and aims to accelerate the industry’s growth in the region.

Twofour54 Abu Dhabi, which is behind the development, said it expected the number of professionals working in the creative industries in Abu Dhabi to triple to 16,000 over the next 10 years.

Around 75% of the development – which includes production facilities, connected technology and flexible workspaces – has been built, and twofour54 said it expected its existing community of over 600 companies would relocate to the new campus in Q4 next year.

H.E. Mohammed Al Mubarak, chairman of twofour54 Abu Dhabi, said: “Yas Creative Hub will be a driving force in the evolution of Abu Dhabi’s own creative economy, bringing together a large and diverse community of skilled professionals in a stunning campus development purpose-designed to spark innovation and collaboration.”

Michael Garin, CEO of twofour54 Abu Dhabi, added that the hub would be a flagship destination where creative businesses and entrepreneurs will create an agile workplace that suits their business and their team, join a vibrant community with shared aspirations, and turn good ideas into game-changing reality.

The launch of the new facility is the latest expansion for Abu Dhabi’s media industry. Earlier this month, Dubai-based media conglomerate MBC Group launched its Arabic-language streamer Shahid VIP in the US and Canada.