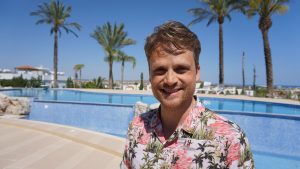 A Place In The Sun

TV4 entered into a two-year, 320-hour agreement for property-search format A Place In The Sun. The series, which is produced by Freeform Productions and now on its 13th season on Channel 4 in the UK, sees property experts find their dream home. TV4 has also picked up the first two seasons of True Vision’s crime doc Catching A Killer.

A Place In The Sun proved to be a popular acquisition, with Foxtel also taking 245 hours of the show, while HRT picked up season eight of its sister show A Place In The Sun: Home Or Away. HRT also acquired the ITN Productions series Michael Palin In North Korea, as well as Chimp Babies from Pupfish Productions and Meet The Hedgehogs from Athena Films.

Ananey picked up two shows about the British royal family – Meghan And Harry: The New Revelations and Secrets Of The Royals On Tour, both from ITN Productions, as part of a 31-hour package from Orange Smarty that also included property search show Coast Vs Country from Freeform Productions.

British royalty also proved a popular topic in Australia, with Nine Network picking up ITN Productions’ The Royals: A Family in Crisis and Prince Andrew And Scandal In The Royal House Of York.

“It’s heartening to see that, even in an historically difficult market, the demand for premium factual content is holding firm,” commented Karen Young, founder and CEO of Orange Smarty. 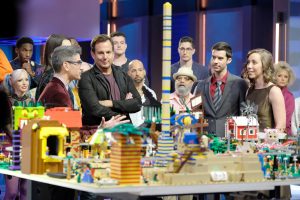 Fox in the US has ordered a second season of competition series Lego Masters from Endemol Shine North America, set to premiere next year.

Based on the British format of the same name, originally created by Tuesday’s Child Television and The Lego Group, the show pits teams of Lego enthusiasts against one another in ambitious brick-building challenges and a cash prize up for grabs.

Banijay distributes the format and finished tape globally and a Mexican adaptation is currently in development with Endemol Shine Boomdog. 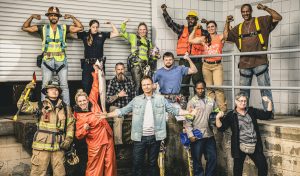 Fremantle gets ‘Tough As Nails’ in multi-territory format deal

The series, which was recently picked up for a second season on CBS, is produced by Raquel Productions in association with Tough House Productions and distributed by ViacomCBS Global Distribution Group.

The show celebrates the everyday Americans who get their workout on the job rather than the gym – from farmers and firefighters to builders and fishermen. Competitors are tested for their strength, endurance, agility, mental toughness and life skills in challenges that take place at real job sites. One by one, they are eliminated until the winner is named, but nobody goes home. Even if someone is knocked out of the individual competition, everyone stays to compete in a team competition for additional cash prizes.

“This is a reality show for 2020 and beyond. Tough As Nails makes heroes of the real people who keep our countries running, and now more than ever it’s important for us all to recognise our essential workers,” said Rob Clark, director of global entertainment at Fremantle. 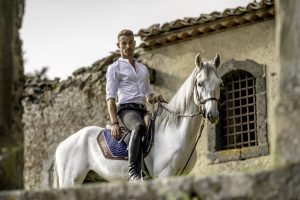 RTL in the Netherlands has commissioned a local adaptation of dating reality format Finding Prince Charming for its online platform Videoland.

The format originated on ViacomCBS’ US-based channel Logo and is a gay reality competition format involving 13 potential suitors attempting to steal the heart of a charming bachelor. Each week, contestants are eliminated during a black-tie ceremony until only the winner remains.

The Dutch 7 x 60-minute version, which is being produced by ITV Studios Netherlands, will be titled Prince Charming and launch on Videoland on 16 December. This marks the second European adaptation of the format, which also appeared in Germany last year on RTL’s TVNOW.

“The growing international interest in Finding Prince Charming is proof that audiences are ready to embrace LGBT-led entertainment programming in all its forms,” said Laura Burrell, VP of international formats at ViacomCBS International Studios.