TBI In Conversation: Trioscope’s CCO on launching Netflix’s ‘The Liberator’ & an animation revolution 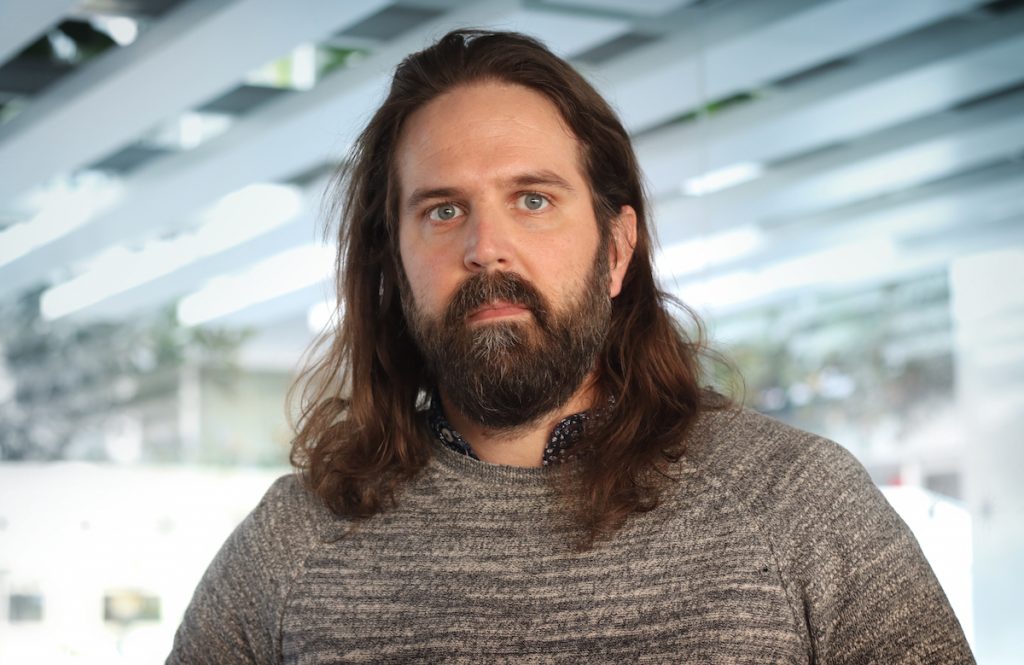 Brandon Barr, chief content officer at Trioscope Studios, the prodco behind Netflix’s The Liberator, tells Mark Layton how the company’s new tech can halve production costs and bring a new level of nuance to animation.

The battlefields of World War Two Europe are about to be brought to the screen like never before as The Liberator, the first project from recently launched Trioscope Studios, lands on Netflix tomorrow, introducing global audiences to the US-based production company’s proprietary hybrid of live-action and animation.

The new patent-pending ‘trioscope’ technique – or “animated drama engine” – directly translates live-action performances into a pre-animated world, with significant reductions in both cost and production time – along with a unique visual style.

“Trioscope excels at directly relating the expressions of a dramatic actor into the animation in a nuanced way that we really haven’t seen before,” reveals Brandon Barr, co-founder and chief content officer at Trioscope Studios. “The second thing is that it excels at releasing the hounds, as it were, on projects of epic scope and scale,” he tells TBI.

“We never want to make decisions on a project solely based upon economics, but if you’re thinking about what I would call large-scale live-action projects – so historical, fantasy, science-fiction, premium-drama – a Trioscope project is somewhere in the range of 40-50% of the cost.”

Barr explains that this financial flexibility has allowed writers to reimagine their approach to projects, in some cases adding certain scenes previously deemed too costly back into the script.

“Unlike traditional vfx, where you shoot and then there is a really long post process, instead we are doing a significant amount of the animation work prior to the live-action shoot,” says Barr, explaining that the process leads to a truncated shoot schedule for the actors. “Bradley James was in basically every frame of The Liberator and shot it in about six and a half weeks, which for a World War Two epic is quite efficient.” 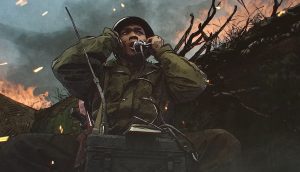 The Liberator was initially being developed by the History Channel and A+E Studios, but had gone into turnaround. Barr explains that this is when Trioscope stepped in to ensure that the story still got to see the light of day. “It was originally a live-action series and they were pretty far down the road. At the time, it was just a budget that the History Channel couldn’t afford. Trioscope brought the whole creative vision back to life.”

Now launching on Netflix, The Liberator is a four-part World War Two drama based upon the book of the same name by Alex Kershaw, following the 500-day journey of US Army officer Felix Sparks (played by James) from his first landing in Italy, all the way to the heart of Nazi Germany. It has been adapted for the screen by Jeb Stuart, the writer behind action feature hits Die Hard and The Fugitive.

“Once we read Jeb Stuart’s script we just absolutely fell in love,” said Barr. “We were blown away with the size and the scope of it as a story that hadn’t really been told before. A 500-day slog that is incredibly difficult to imagine, production-wise, how you would pull that off.

“That challenge appealed to us, but more than anything it was the human story of Felix Sparks and his men that we fell in love with and it just felt like the right project to bring Trioscope to life.”

Tackling such an ambitious project gave the studio the opportunity to demonstrate just what its new tech could do.

“The Liberator was particularly challenging, because the story is a 500-day journey that ends in the Dachau concentration camp, but it literally is fought all the way up the eastern front of Italy into Germany. It’s moving over that 500 days, so it’s a new set every day, change of seasons, and then just the amount of human churn is really unimaginable,” says Barr.

“So it already becomes a challenge to think about how to do that. The cost was part of it, but I think the more exciting challenge was to really find a space that was more emotionally real than live-action would allow. By using the colour and linework when we’re presenting these soldiers in the foxhole, we’re able to really bring to life the terror and the intense brotherhood that they felt in a way that is even more visceral than live-action.” 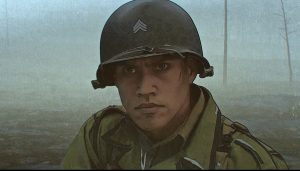 To the casual observer, the trioscope technique may appear similar to rotoscoping, which has been around for more than a century. Barr, however, is happy to highlight the difference. “The rotoscope process, which I think people are more familiar with, uses live-action footage and then animators hand draw over every single frame. But that inherently puts the technique at the forefront of the story; you’re always aware of this thing that’s been animated in front of you,” explains Barr. “Trioscope is different in that we take the actual performance of the actors and are able to directly translate it into the animated world around them. Because of that there’s less of that interpretation and sort of wobbling hairline and it allows the audience to immerse themselves more deeply in the story.”

Barr says that Trioscope Studios is open to co-production partnerships for anyone who thinks the hybrid technique might be the perfect way to bring their project to fruition, revealing that Trioscope’s current slate “is about 50/50” with half the projects being original pieces of IP that the company has taken in-house to develop and the rest co-productions with companies keen to use their tech.

“Both of those are really exciting, to find graphic novels or other landmark pieces of IP that I’ve loved for years. Our slate is really built around a lot of that,” says Barr, adding. “But it’s just as exciting to be able to empower someone else’s passion project.” 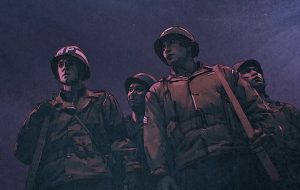 With adult animation enjoying a bit of a heyday at the moment, Trioscope seems well situated to bring stories of increased depth and complexity to the space. Barr says that the medium has matured over the past 10 to 15 years and cites the increasing global acceptance of anime as a dramatic form – in the same way it has been seen in Asia for some time now – as having “really opened up a door that is now allowing a lot of other visual styles to walk through.”

Looking at his own role in that movement, Barr says: “Trioscope’s place in that kind of opening of the Pandora’s box is a medium that allows the emotional performance of the actors to be a core to the animated experience without having sidesteps into the uncanny valley. We hope we can be a part of bringing nuanced emotional drama to that broader adult animation push.”